Editors Note: This is a recap of our 5 months overlanding in Central America and Mexico.  It was originally published on Expedition Portal. 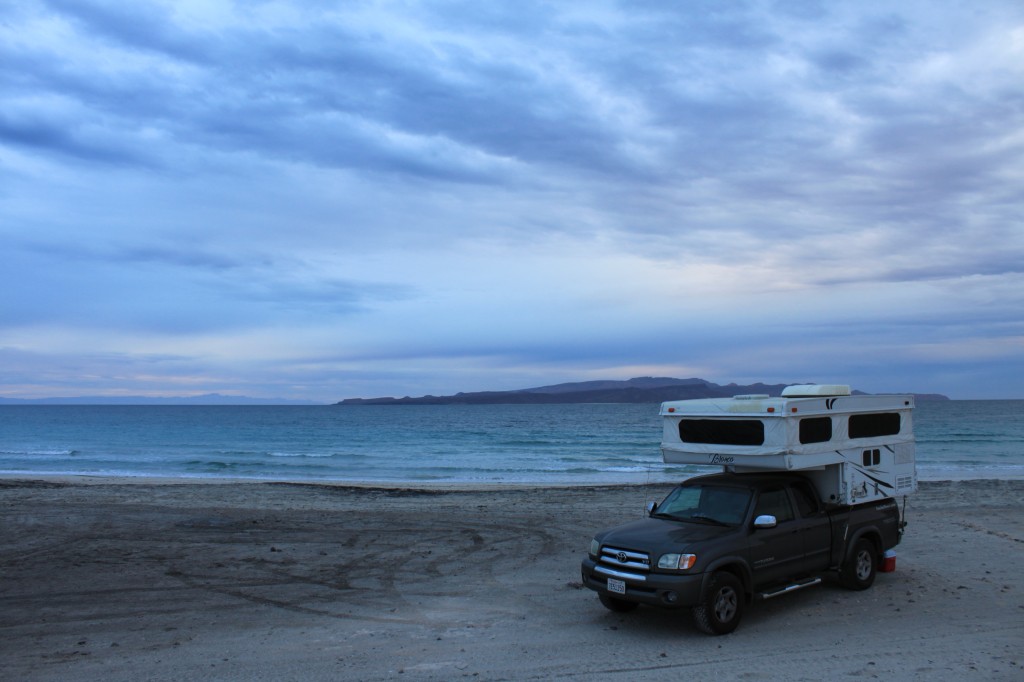 From our 7,500 foot perch, the setting sun has just begun to paint the Boquete Valley a pale pink.  We stand halfway up Panama’s highest point, Volcan Baru, nestled in the Talamarcara range, having driven up 3,000 feet until the rocky trail warns us to go no more.  Before the warm glow of our campfire envelops us, we pass a bottle of Abuelo rum back and forth.  A few carefully placed words break the silence and shift our shared meditation:

Can  you believe we have just driven to Panama from our home in San Francisco?

Two years ago neither my wife nor I had ever heard the word overlanding.  But after five years of city living and pushing our passions into life’s margins (those rare free weekends) we were seeking long term solutions. In that spirit we made the declaration that we were going to drive to Patagonia in Southern Argentina.  The journey would be our reset button.

Our reset received mixed reviews among friends and family.  The prevailing “advice” was that danger, in the form of a broken truck frame or renegade drug lord, would catch up with us sooner rather than later.  We clung to the positive and after a year and a half of saving and preparation, we cut our ties and pointed our overloaded Tundra south. With the truck and it’s contents our only earthly possessions, we held our breath over each bump and pothole. 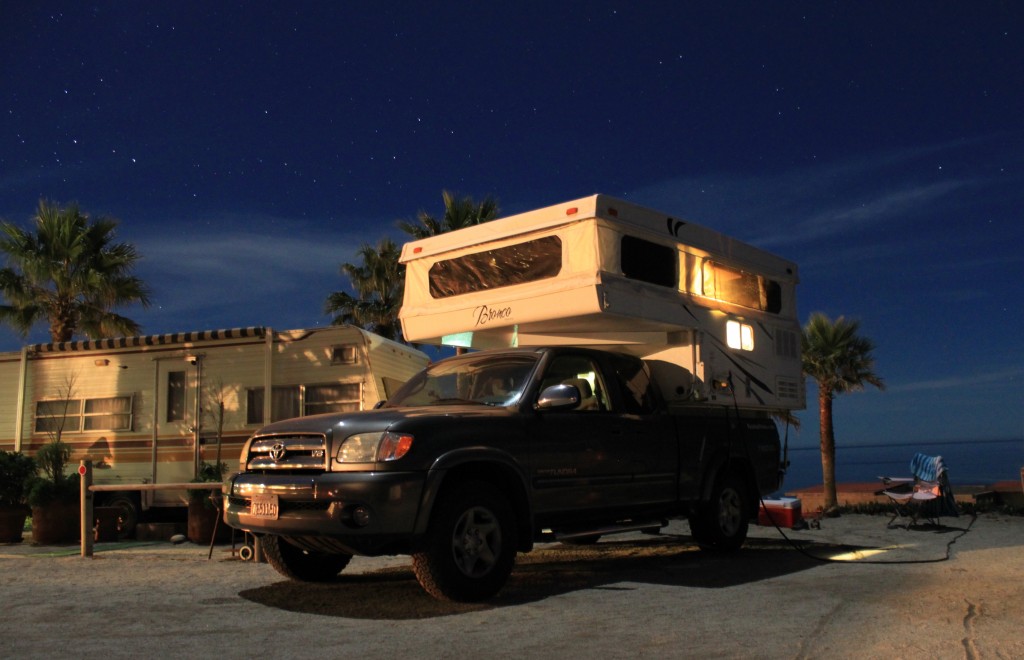 Our First International Camp in Erendira

The day we crossed into Tijuana from sunny San Diego we were well aware of our mortality.  The misguided warnings from friends and family hit us like a ton of bricks and we had already begun to second guess our now inescapable plan.  We stood at the gates to Tijuana where the sign above may as well have read ‘Welcome to the Realm of Hades.’

Our first stop in Erendira, as luck would have it, would offer a surf break to be shared with only two spear fishermen.  An eerie feeling remained firmly in our consciousness and followed me as I paddled out at Barney’s Cove.  The absence of fellow surfers fueled my negativity.  The lack of group support back home and now here among the waves felt like an ominous prophecy. 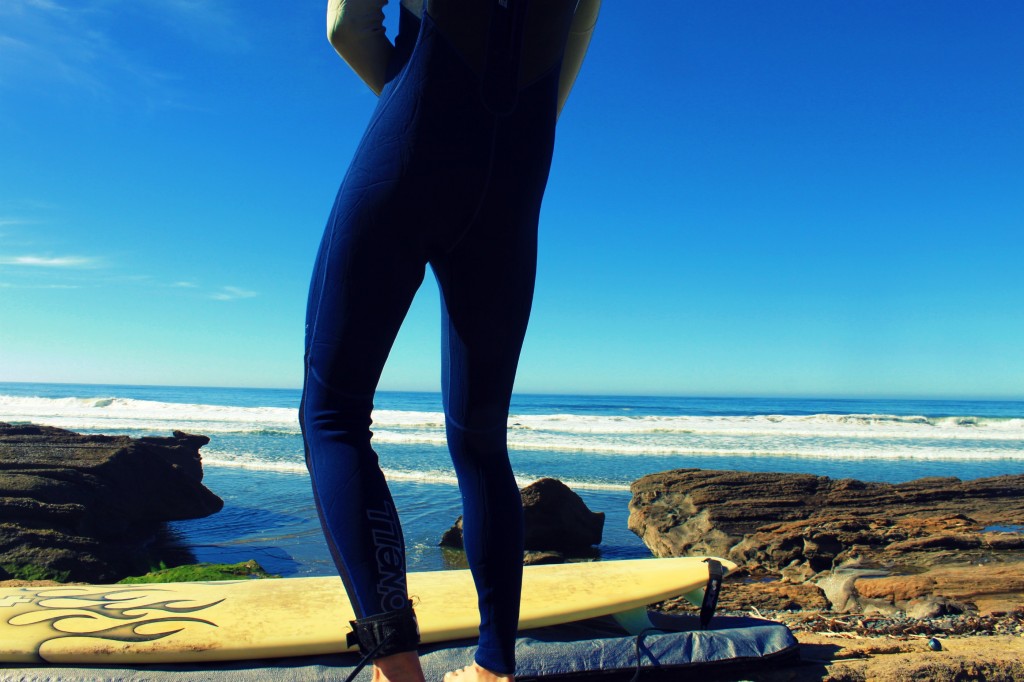 Suiting Up Solo at Barney's Cove

Around the third set, I realized a secluded surf break at the first stop of a twenty thousand mile journey is a life milestone, not a lapse of judgment.  The Baja sunshine snapped us out of our trance.  From here on out, our first generation Toyota Tundra and pop-up camper was like a puppy unleashed.  Despite only being gently modified, the outfit took us over dunes, around beach coves, and allowed us to find the Baja we sought.

Mexico was chock full of camping options from full plug-ins around the town center to more rustic settings along the seashore.  We feared that this infrastructure would end indefinitely once we hit Guatemala.  However, with a bit of creativity and monetary incentive we were able to camp 110 nights out of 130.

The cultural divide came to a head in Guatemala.  Arriving at the Talisman border in Guatemala, hoards of placard flashing Mexicans sprinted onto the road as we neared.  Standing confidently in the middle of the road they flash their credentials while ordering us to stop.  They demand we continue no further while banging on the sides of the camper as we pass. Fortunately for us their reputation precedes them and we continue to the actual border crossing.  The deception continues, however, and we are scammed by a uniformed layman before we even put the truck in park. 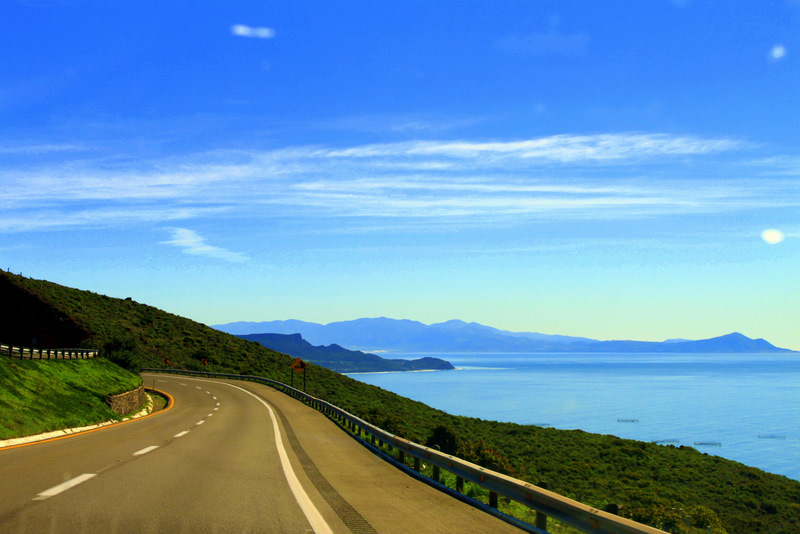 We knew it would get worse.  As we moved south through vibrant El Salvador, the fear of El Amatillo started creeping into our consciousness days before the crossing.  The infamous El Amatillo border crossing into Honduras was purported to us as the most difficult overland border crossing in the world.  In most reports we read the victims had either spent hundreds of dollars in bribes or days getting through the mess.  Take your pick.

Then our day had finally come.  It was time to face the demon. 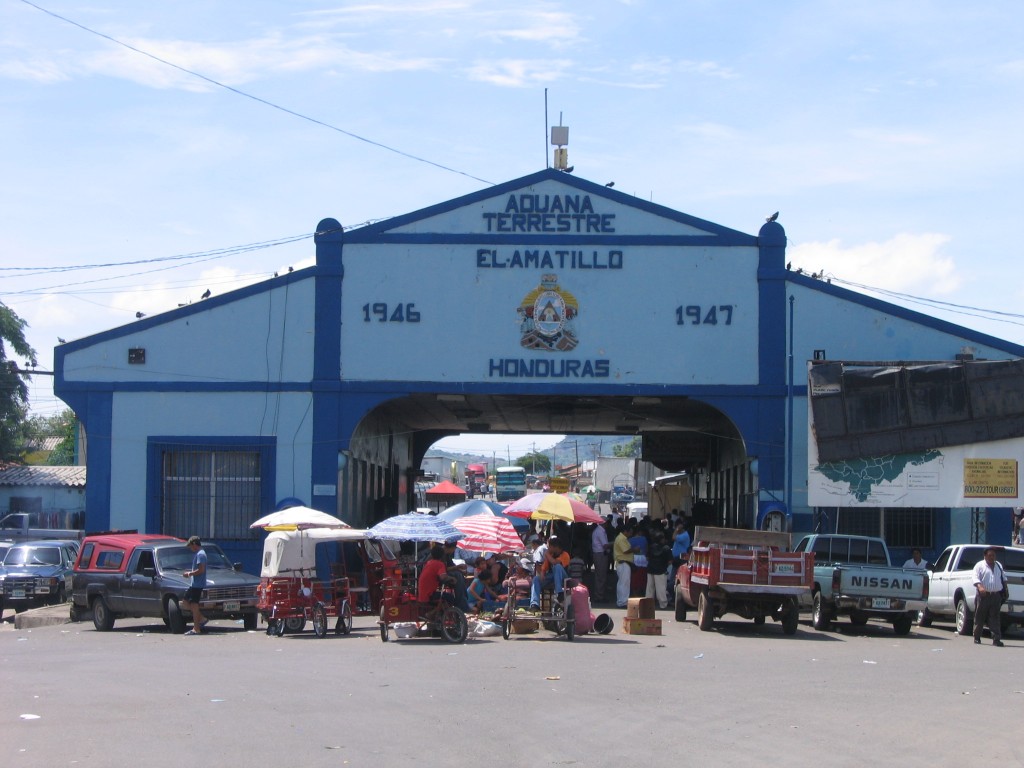 Armed with information and a makeshift guide we stumbled out of El Salvador unscathed and then the bemoaned “helpers” spotted our California plates.  We were like two lonely goldfish in a sea of piranhas.  We dodged their fangs narrowly before handing our bundle of original documents, the most guarded possession of any international overlander, to an official clearly in cahoots with the scammers.

We panicked and chased our documents around the no man’s land between the two countries before they settled in the hands of the real agent.  The agent took us under her wing and walked us through the entire process.  She was our saving grace and we managed to get through Honduras in one day having to pay only a $10 bribe. 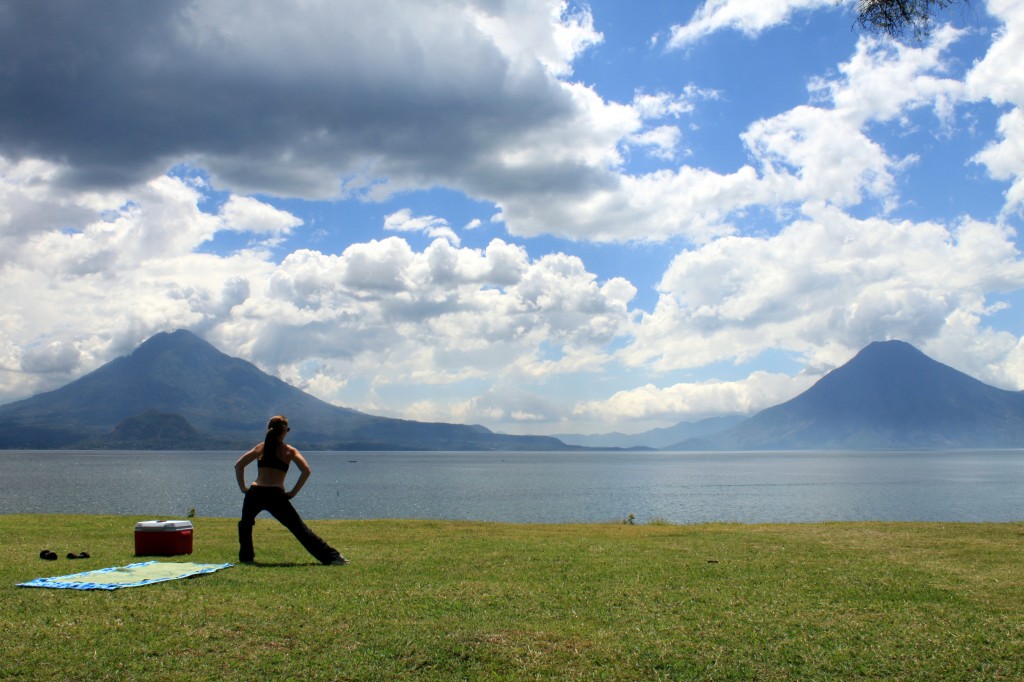 Soaking up the Sun in Guatemala

Through our experience in Honduras, like most Central America border crossings, we found the bark is greater than the bite.  The vibrant cultures that lay on the other side of those crossings always had us smiling within hours.  Even if cultural immersion isn’t your cup of tea, even a mild interest in surfing or picturesque beaches will be enough motivation.

Our chosen route took us from beach to beach.  Oftentimes we were the only souls for miles of coast.  Exploring the coast ensured the heat and humidity would be our constant partners.  From Oaxaca south, the overnight heat index low averaged 80 degrees along the coast.  For this reason the width of the continent was our saving grace.  Getting a break from the heat meant gaining altitude and small mountain towns were never far. 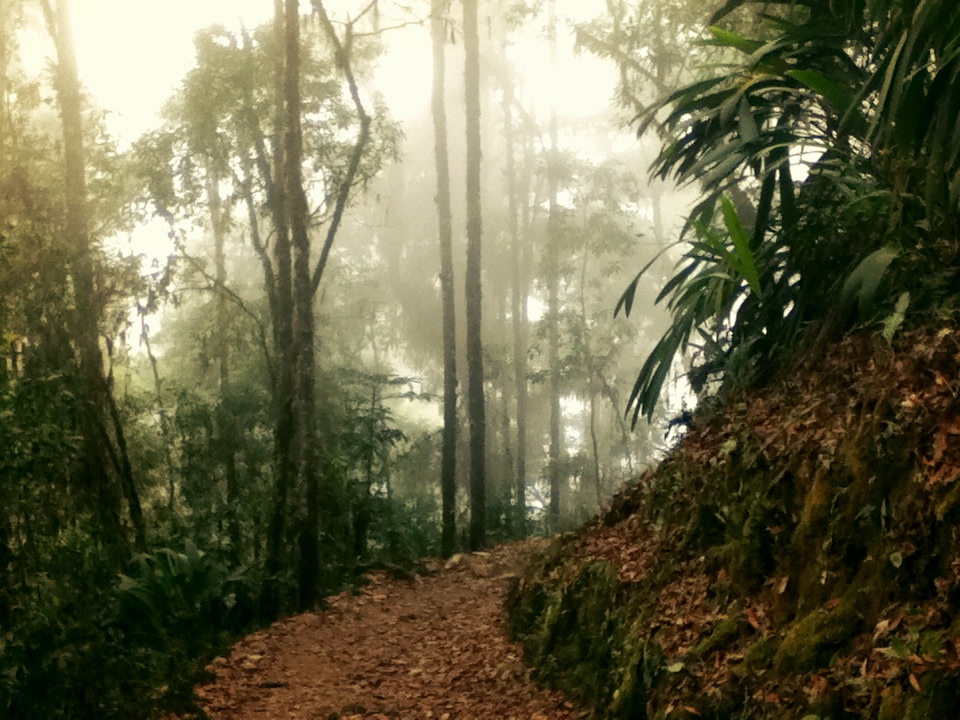 One of the ecosystems en route to the summit of Mt. Chirripo

Surf really is king down here for the adventurous, but we sought out some variety.  The highpoint of Costa Rica, non-volcanic Cerro Chirripo at 12,500 feet is the most popular climb and was worth the effort.  During the 6,000’ altitude gain we experienced seemingly every ecosystem of Central America.  Atop the summit both the Pacific and Caribbean Oceans could be seen. 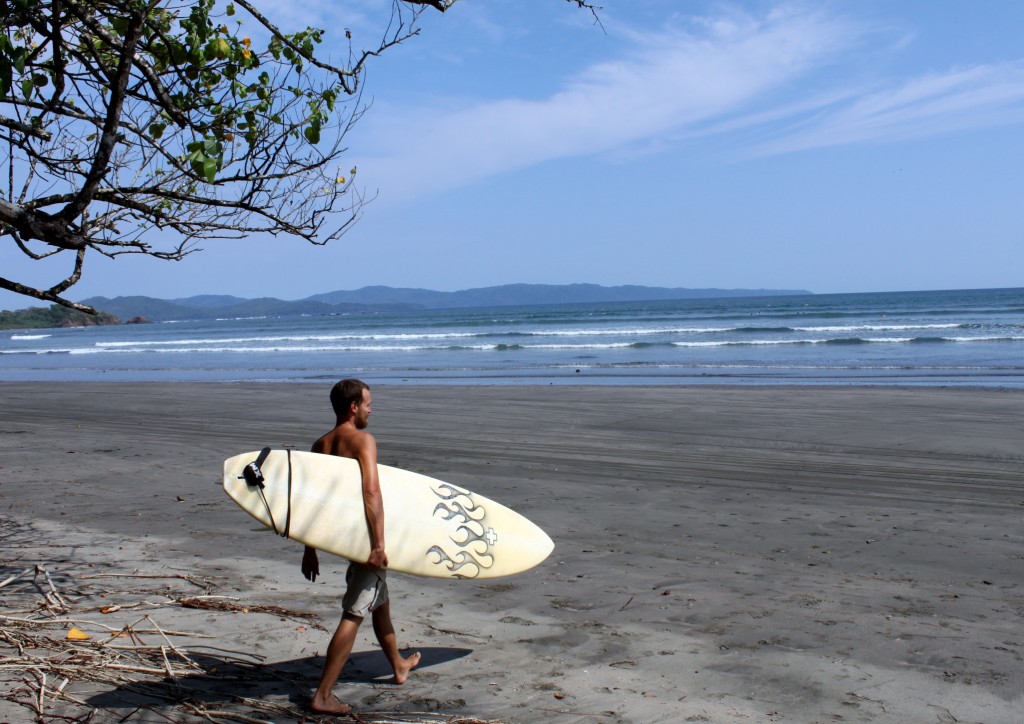 Culturally, our Spanish emersion came to a halt at the Costa Rica border.  Once through most of Central America, the flagrant English and fast food joints came as a shock.  Convenience in Guatemala and Nicaragua translated to children standing on the dirt road shoulder offering fresh iguana and bags of water.  Throughout Costa Rica and Panama you’re never far from a Dominos pizza.

We set out to spend only $60 a day (gas, lodging, food, etc.) which proved to be entirely possible, but an extra $20 a day afforded us more experiences and comforts. We did not once overnight at a gas station and drank 7 year Havana Club rum at will.  Costa Rica was our budget breaker, but long (free) surf sessions and camping kept the costs in check.

Central America was only an appetizer for us as we continue onto South America where we will spend 10 months.  For this purpose it was the perfect pre-requisite.  Our nerves were slightly on edge, we had concerns about safety and the ability of our overland set-up, our Spanish was only so-so, and we often recalled the worries of our friends back home. By the time we reached Panama our worries had narrowed and we had passed Overlanding 101. 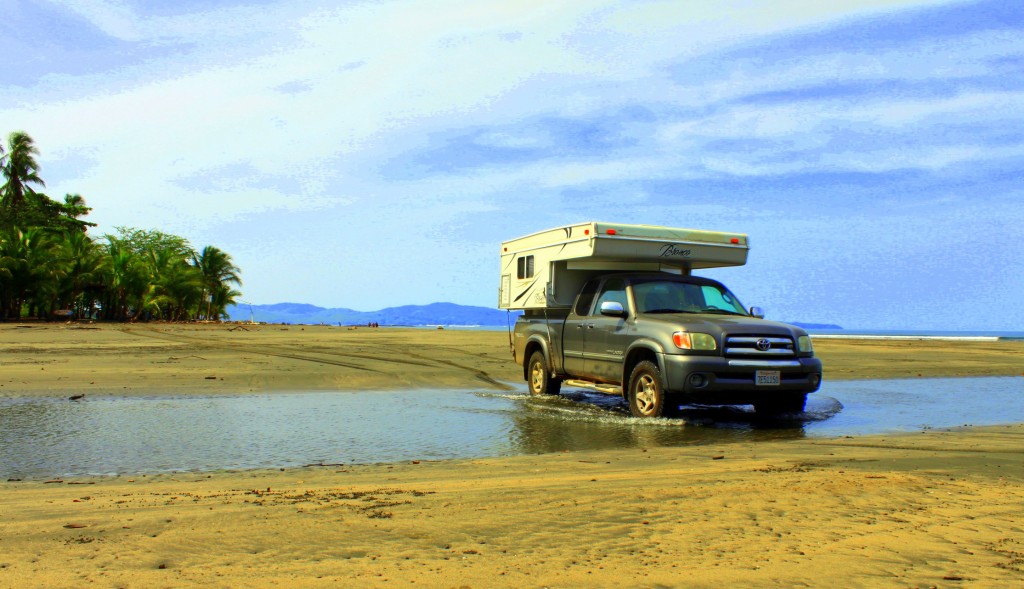 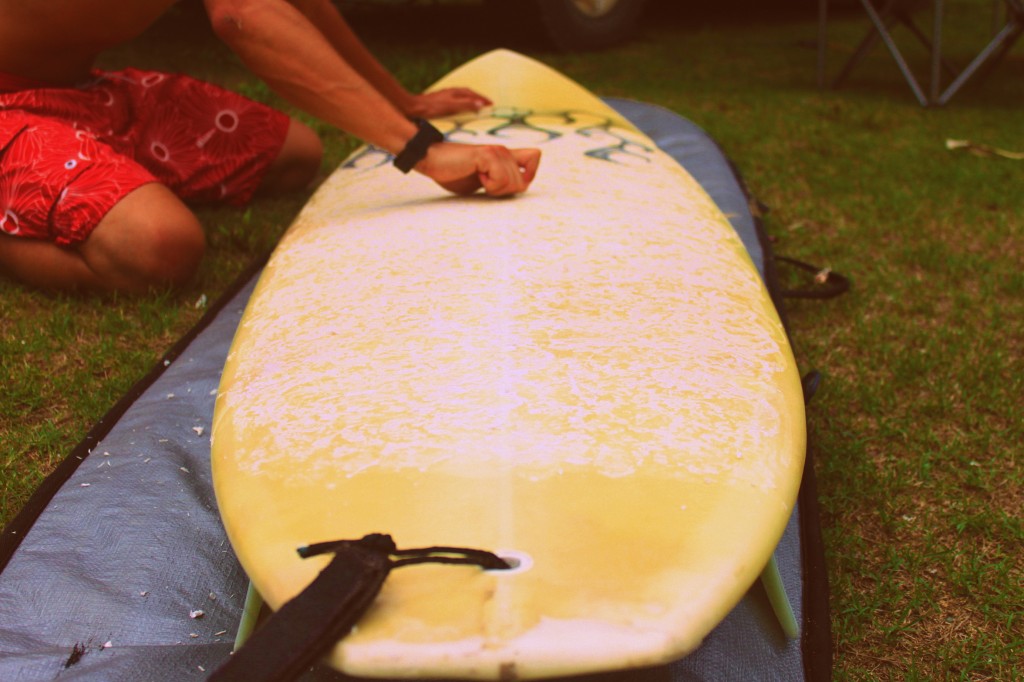 Waxing Down in Pavones 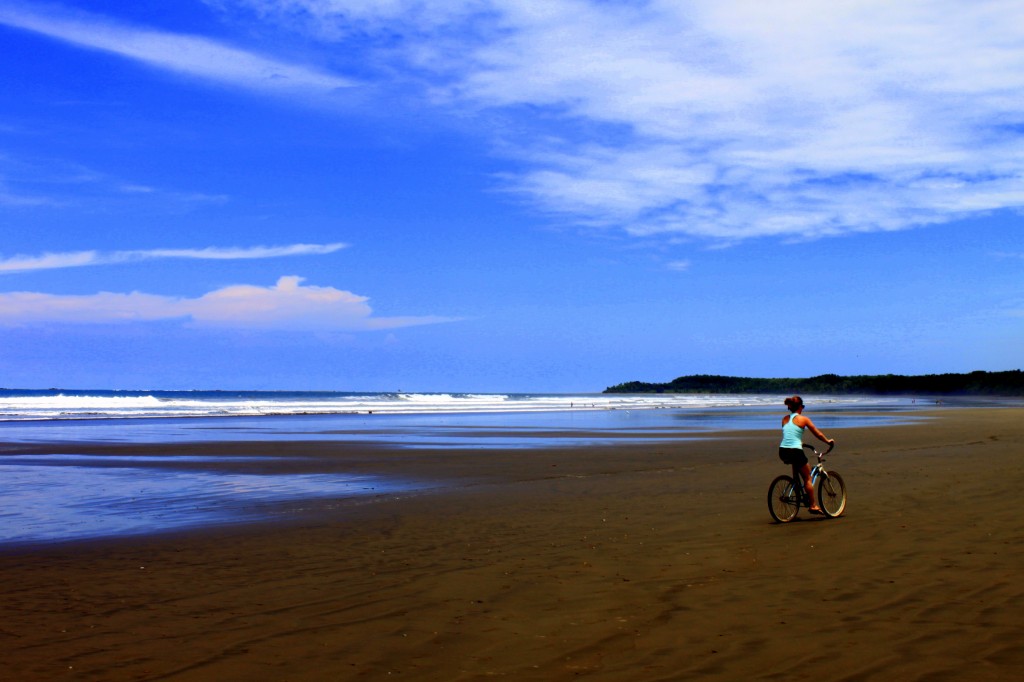 Finding places we previously thought only existed in postcards 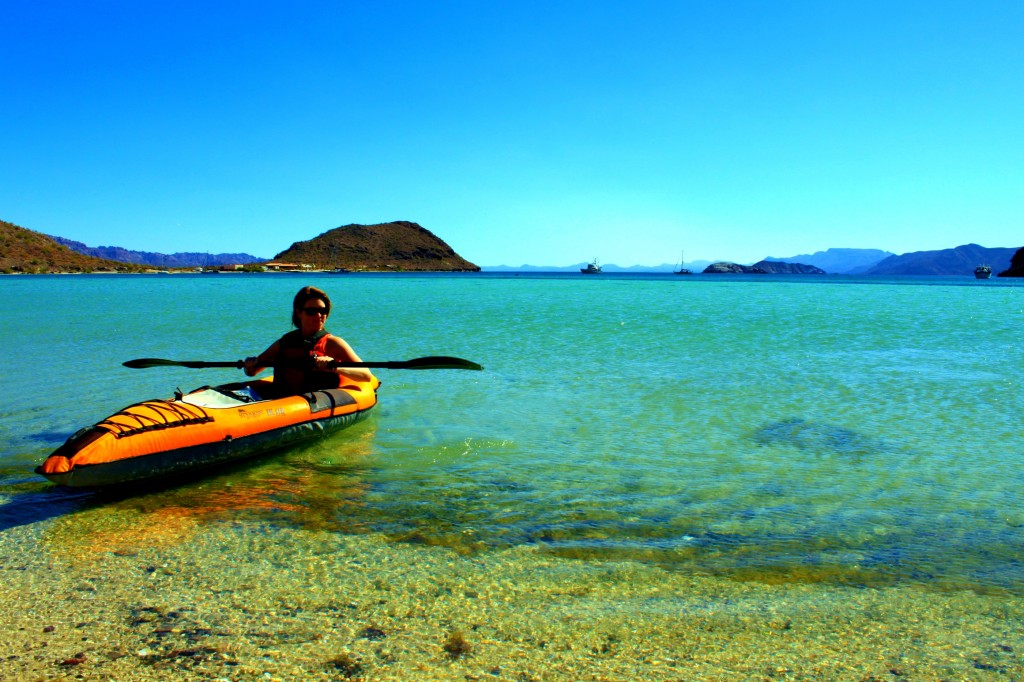 The Bucket List Grows Shorter in the Sea of Cortez 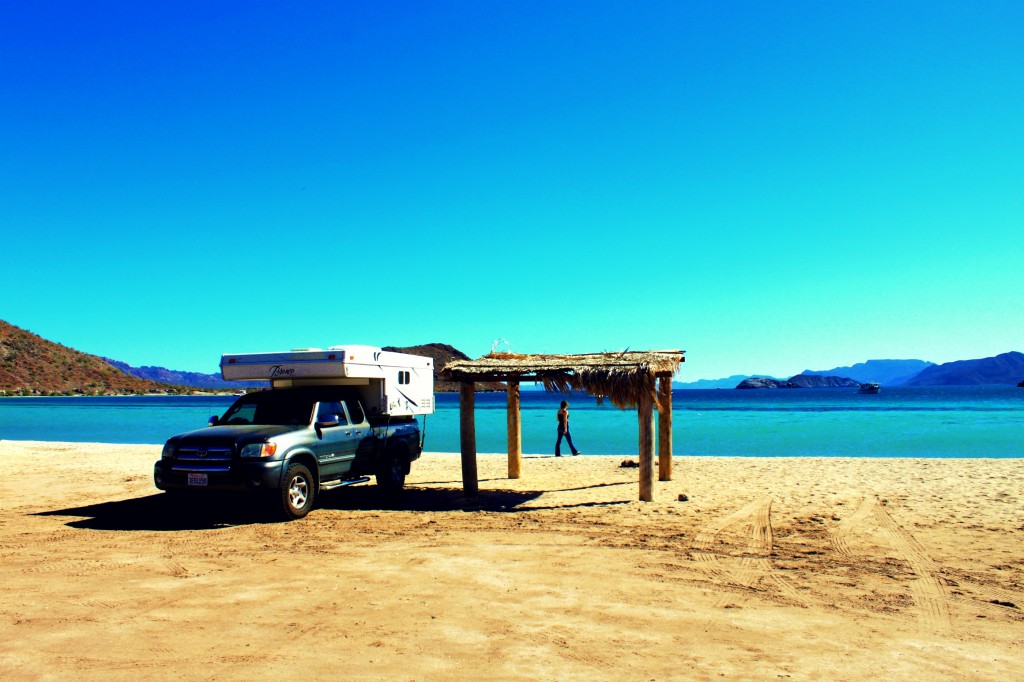 Paradise: $5 per Night at Baja Conception

The Peru into Bolivia Border Crossing at Yunguyo

We crossed from Peru into Bolivia at the Yunguyo border town on a Sunday afternoon. This is a relaxed border mainly used for travel to Copacabana. There is a one hour time change between the two countries. We arrived at the Peruvian immigration office at 1PM (Peru time) and finished six minutes later. The Bolivian entry process was similarly quick, we were in and out in less than thirty minutes. Drive all the way up to the chain barrier on the Peru side, park on the right. Get your tourist cards stamped at the police office (green building) across the street (left).
Close