Editors Note: this is part one of a ten part series we are doing on overlanding advice.  Future PanAm overlanders this is for you.  We will be posting these each Sunday.

Let’s start by telling you the following:

You are going to be okay

You will definitely be inconvenienced. Something you bring will probably be stolen. There’s a chance you will be mugged.  But, there is a 99% chance you’re going to walk out of this with two arms, two legs, and a tale as big a Paul Bunyan.

When we first thought up the trip, we thought we might be some of the first people to embark on the journey.  While unique among Americans (we estimate less than ten each year), it is popular with Europeans and especially the Swiss.  The reality is there are hundreds if not one thousand overlanders in Central and South America right now.  Somewhere around one hundred people set off to bike (as in bicycle) the PanAm every year. 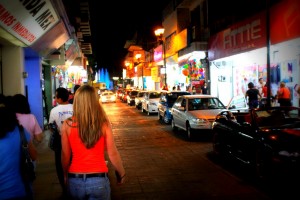 Walking the streets of Mexico

Fact is, Mexico is safer than Baltimore, but facts won’t sway even the best intentioned friends and family.  It’s temping to bring logic and reason into the debate, but trust us, it’s not worth the effort.  You can look forward to all the naysayer’s claiming “I told you you’d be okay” upon your return.

A rear mounted jerry can is a horrible idea because bandits will shoot at it to blow up the truck.

The good news is this all ends south of the border.  Once across, you’ll find campgrounds filled with people who are there on the scene.  Hordes of retired, risk-averse Canadians will be on hand to congratulate and commend  you.  At Anna’s Bar in Baja Conception they will buy you a margarita. 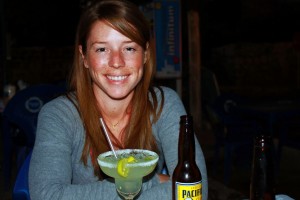 People who haven’t done any international overlanding will, sure-as-the-sun, offer advice.  Your co-workers will, overnight, become experts on Central American politics.  Survivalist Bob, who left Missouri once in 1993 for an IT convention, is trolling internet forums to warn you about the ominous bandits down south.  Ignore it all or you’ll end up with something like this:

Seek out advice from those of us currently on the road.  We know what you’ll encounter and what you’ll need.  Here are just a few of us.  You can also post on Drive the Americas, a forum specifically for America driving daredevils.  Don’t worry about pestering us, if you catch us around a campfire, you’ll find there’s nothing more we’d prefer to discuss.  That, and what type of rig we’re shipping to Africa next.

About three years ago it was revealed to me by our good friend Ty (and Logan's roommate at the time) that Logan's primary diet was made up of three things: bacon, whiskey, and microwaveable popcorn. I was appalled but not entirely surprised. My husband considers himself to be something of a connoisseur when it comes to that delicious corn of the popped variety. When Orville Redenbacher's came to Costco, we suddenly had a membership. Heaven forbid we NOT buy this stuff in bulk. I warn you all, do not ever bring up Act II popcorn in his presence, just don't.  Continue reading → It may come as quite a shock that popcorn was eliminated from our lives for months. In Sucre, Bolivia when