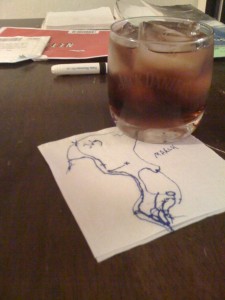 Exiting the foggy fortress of San Francisco on our way to Tahoe, we considered what we would do with ourselves with only 365 days to live. Matt Pirog did not hesitate with his answer, “I’d get in my car and just start driving, south. Can you drive to South America?” Yes you can, it is called the Pan-American Highway; it begins in Alaska and ends at the tip of South America in Tierra del Fuego. Out of this one night of speculative dreaming, an idea was formed that over the past year and a half has solidified and become a certainty. Looking back now, it is fitting to think the idea was not even originally ours. We have our friends to thank for this and so many other experiences shaped in San Francisco. 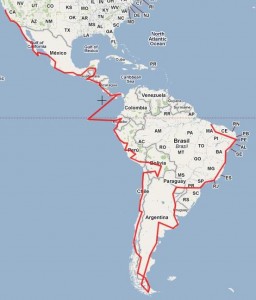 Four years of city living: we witnessed highs and lows, marriages, epic trad climbs, babies, job loss, tough decisions, entrepreneurial expeditions, and first time home buying adventures. We looked on skeptically and said to each other, “Can you imagine?” as we fell in line at our 9-5 jobs, coffee mugs in hand, our lives laid out as precisely as this seven by seven city. Inspired by an exceptional group of peers, it was not long before we found ourselves craving a large scale change. This south bound journey will help us fulfill a longstanding desire to live better.

While parts of the plan have changed over time as we did our research, managed savings, and began accumulating everything we needed for our 20,000 mile venture, the goal of the trip has always remained the same. More than a few times it has been suggested that we choose a different path, maybe go to Europe, East Asia, even Canada.  Lets be clear, this is not a vacation. As two people not particularly fond of travel for travel’s sake, we are after a challenge. Soon we will disembark from our homestead, striking into the unknown. We hope to spend a year with the passions formerly swept into the margins. At this point we have devoted blood, sweat, and tears to this mochilero’s odyssey and could not imagine trading it for anything.

2 thoughts on “We are headed South”