Our impressions of Central America varied as often as the landscape. Leaving Mexico and entering Guatemala was as intriguing and mystifying as we expected. These were the most culturally distant people, wearing traditional dress foreign to our Americanized vision and tending hillside farmland at an almost vertical angle. We traveled through the country with eyes wide open, drinking in the stark contrasts. We thought Guatemala would set the tone for the rest of Central America. We expected the cultures to be even more diverse and further removed from our understanding. You could even say we expected the rest of this leg to be a grittier version of Mexico. 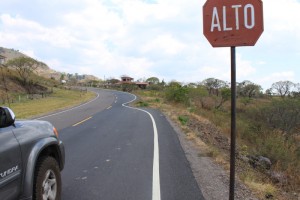 Costa Rica and Panama were almost as shocking but for completely opposite reasons. We felt right at home in a cultural sense. From sprawling suburbs to strip malls and coffeehouses, we often had to remind each other we were in Central America. Greeting a Tico with “Buenos dias, que pasa?” in Costa Rica would often be met with a “Pretty good, how you doin?” reply. Our Spanish immersion quickly came to a halt here. 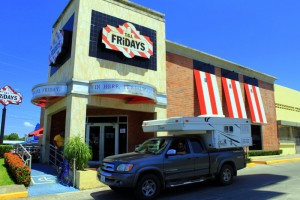 El Salvador and Nicaragua are both countries in the midst of healing after recent civil wars. From the brightly colored houses to the abundant town murals, we found no evidence of violence or countries torn apart. Because of their recent past, cheap pricing and secluded surf make these the gems of Central America for travelers who want to escape the beaten path. 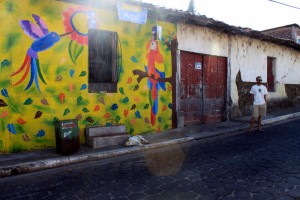 We spent four months in Mexico and Central America but experienced a very small percentage of the area. Only now do we understand how this trip can easily be extended one or two extra years. Maybe that’s why travel is so addictive, the more you see, the more you realize you haven’t seen enough. With this idea tucked firmly in our frontal lobes, reflection often finds us asking not “What was your favorite stop?” but “When will we return?”

4 thoughts on “Looking Back on Central America”