After making our way through the altitude wonder known as Black Mud Pass, we were more than happy to land on the coast in the little beach town of Huanchaco. Sun, ceviche, and the mellow surf vibes did wonders for our dirt road rattled nerves. But after five days of luxurious lingering we had to face facts. Our friends would be arriving in a few short weeks and we had to keep moving. Convincing Breezer to say “Adios!” to our last beach town and plow our way through the sand and dirt ahead was nothing short of miraculous. She had many valid arguments from calloused hands (one too many grabs of the “oh shit” handle on our last dirt road venture) to the many health benefits of vitamin D.

In the midst of our coast versus desert debate, we met some new northbound overlanders. Nessie Adventures are hard to miss when you see them coming.  This vivacious duo from Scotland have an incredible rig and their road stories are even better. If they could make it through the tunnels with Nessie, surely we would be just fine in our little Tundra.  We had marked this route on our map long ago and the enthusiasm of Nessie’s owners assured us this was as “must-see” as we had believed. 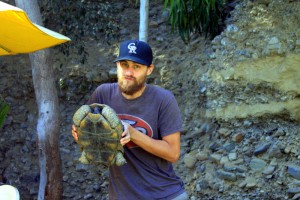 And so, the bearded one prevailed, and we made our way south east toward the many tunnels of Canyon del Pato.  The scenery changed slowly from desert to deserted. When the sun set and the moon rose we used our headlamps to scope out a campsite near the river. 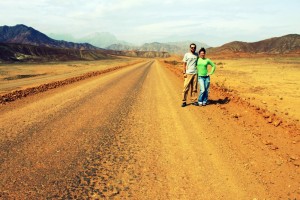 We left the beach for this? 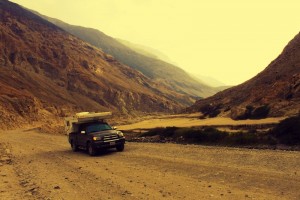 We awoke to find our quiet roadside retreat was actually the beginning of the canyon. Tucked deep within the valley, the rising sun ignited the spectacular shades and colors of the surrounding desert. Coffee in hand, we entered the deepest part of the canyon (1000m) where the Cordillera Blanca and Negra fight for dominance separated only by 15 meters and the Rio Santa. Due to the precarious nature of the canyon and it’s towering walls, all 35 tunnels were carved out of the imposing mountainside by hand. 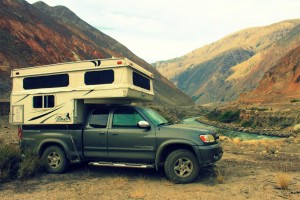 Come morning, Breezer felt much better about our surroundings 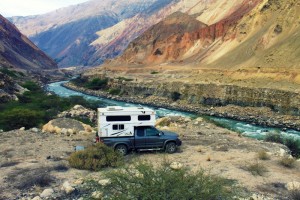 Brewing coffee on the river 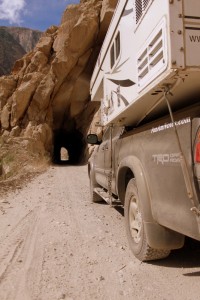 Did we mention these were HAND carved? 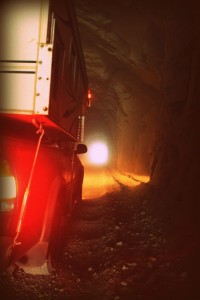 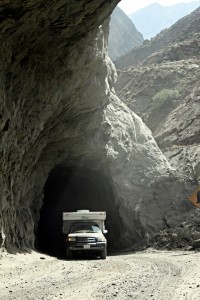 Each tunnel bares a sign reminding drivers to honk before they enter. We edged around approaching traffic (about seven trucks in one day’s worth of driving) only when the road allowed. At the end of this spectacular drive, we ended up at the base of the Cordillera Blanca in Caraz on the Fourth of July. Exactly where we wanted to be. 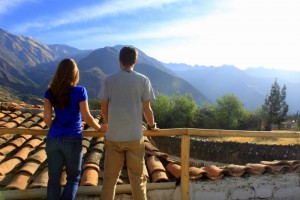 Spent the 4th toasting to the future, the Cordillera Blanca 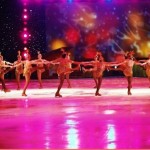 Staying Fit on the Road

Staying fit has been a part of my life since I first laced up a pair of rental ice skates in Costa Mesa, California. Through 12 years of figure skating I earned an education in competition, stamina, acceptance, and most importantly the joy of healthy living. I've had gym memberships, joined soccer leagues, I tried jazz, tap, and ballet, I was once a pilates fanatic and later an even greater fan of bikram yoga, and more recently I hiked a 13,000 foot volcano with my husband. When the time came to determine the importance of my yoga mat and free weights in comparison to my wardrobe for our year long journey down the PanAm, I had no doubts. I tossed  Continue reading →