Logan: “They have to have it.” 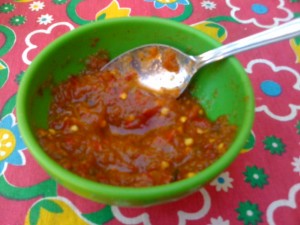 The Holy Grail, the good stuff from Mexico

Salsa. When we’re not traversing altiplano landscapes, climbing wicked peaks, and grilling divine beef, we’re on a never-ending quest for salsa. Today we are standing, somewhat forlorn, in the midst of an entirely too big grocery store. We once found  the spicy stuff lurking behind the broccoli beef seasoning on the international foods isle. It’s out there, hiding.

Lost in our pondering, a tiny Argentine man rounds the corner on us. He seems exasperated yet entirely pleased to have found us. We are immediately inundated with unexpected rapid fire Argentine Spanish.

We’re fresh off a week of Spanish lessons in Bolivia and 11 months of immersion. But the Spanish here is a completely new language. His words may as well have been bullets, I’m all but searching my back for the exit wounds. We stood there stunned for nearly a minute.

Just look at us. Between us we’re rocking wild red hair, pale skin, carhartts, a Colorado t-shirt and of course, The Beard. We return our gaze to the man who is waiting expectantly, maintaining a patient smile. This is embarrassing, do we really need to explain we’re not from around these parts? 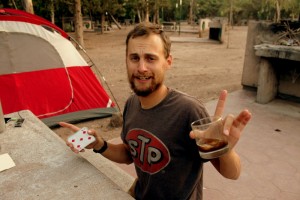 The Bearded One, not exactly a local

From Central America to Bolivia, we stuck out like, well…two honeymooning gringos in a camioneta grande con casa rodante. News of our arrival often traveled faster than we did. Children in rural areas wouldn’t hesitate to run out and openly stare down the only red hair they’d ever seen before jumping on the tailgate, squealing with glee.

In Argentina, we’re incognito, we’re fully camouflaged, we’re flying so far under the radar people are stopping us on the road to ask us for directions. The Beast no longer produces gasps, pointed fingers, and open mouthed wonderment. Instead we’re being drilled on how we like the Tundra and where they can get their hands on one. 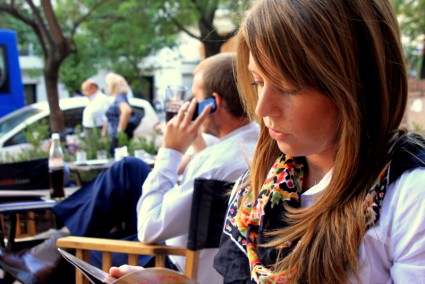 Just a part of the crowd in Cordoba

Argentines are an interesting people. They’re known for being brash, considering very few topics off limits. They love to talk and as we’ve found out there’s no such thing as a yes or no question in this country. But probably the most endearing attribute is the fact that they don’t see a stranger in anyone.  We’re all the same, we’re all just looking for the damn bread.

Editors Note: this is part 3 of a ten part series we are doing on overlanding advice.  Future PanAm overlanders this is for you.  They post each Sunday. Determining a long term budget for a trip like the PanAm is certainly the crux. Before this, our PanAm trip was still a wavering fantasy. Staring at the carefully crafted numbers was our moment of clarity, when we realized how attainable it truly was. These are our numbers to help you on your path to financial enlightenment.   Set-up costs  Continue reading → Probably the most variable of the cost categories, this is your truck and equipment.  Right now we're parked in Northern Argentina next to a quarter of a million dollar Mercedes expedition camper.