We struck south from Buenos Aires with two things in mind: sun and surf. We had Necochea circled. The guidebook billed this location as the best surf in Argentina. It was to be our first New Year’s celebration south of the equator and what better way to kick of 2012 than with a dawn patrol surf session.

We pulled into town as everyone was preparing for the big celebration. Looking into the town’s many campsites we settled on ‘Camping El Gringo’ where the Italian owners versed us on an Argentine NYE. It was just like the 4th of July we missed back home: Beach time, brews, BBQ, and fireworks. 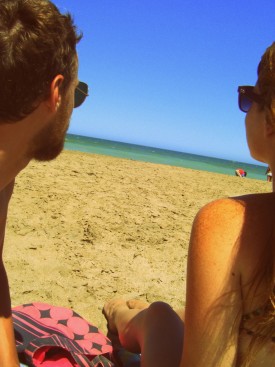 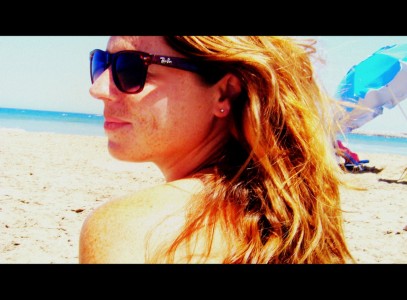 But the party didn’t stop January 2nd. Argentine’s were just warming up, kick starting their summer break. Many small businesses close and even the international banking offices close their doors daily at 1:00PM. The costal heat and crowds gave us Ushuaia fever and the only cure lay at the end of 2,000 miles of highway. So we hit the road and we hit it hard, covering the distance in 10 days.

The heat and wind were getting serious. A strong warm wind out of the southwest was constant. One night on the coast north of Valdez Peninsula our overnight low was a restless 90 degrees. Being fed up with the heat we sought electricity for our A/C unit at the muni campsites only to find an overpriced cramped stall midst a dusty lot. 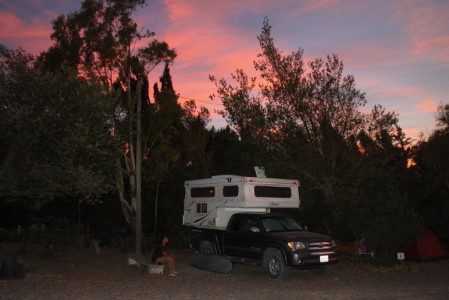 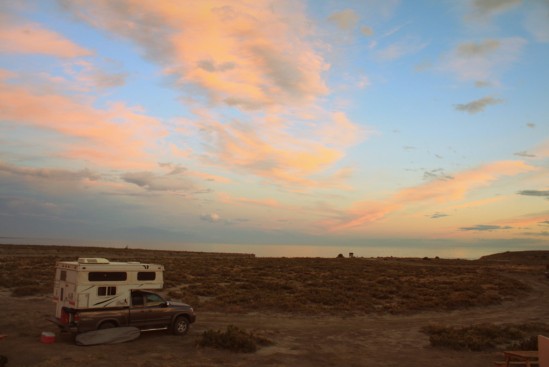 By day we racked up the miles. At night the two suboptimal camping scenarios took their turns. We even tried our hand at gas station “camping” which turned out to be an experience, just not a good one. Piling it on, somewhere along the way our computer hard drive took a nose dive.  Getting burnt out on Route 3 is somewhat of a tradition for PanAm overlanders.

Not all bad however. Surf was had on the Atlantic for the first time and some coastal dirt back-roads were traversed. Approaching the final leg, we came across Parque Monte Leon which would give us a taste of what was to come further south. 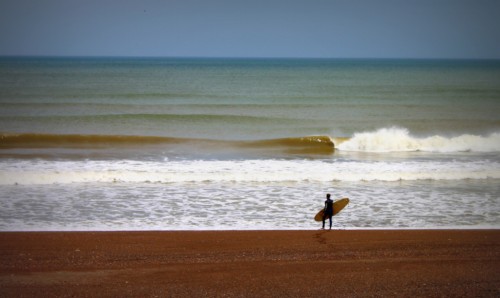 A surprise set courtesy of a rogue system 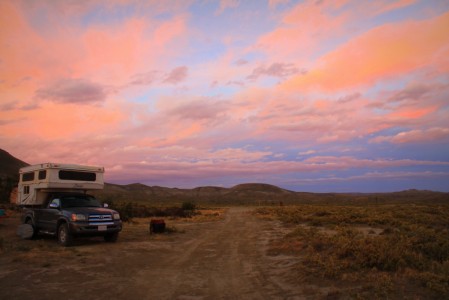 This never gets old

Making our way to the park campground we paused at the sand hill miradors and ocean overlooks spotting grazing herds of vicunas and ample marine wildlife. A sight for sore eyes, the camping was wild and wide overlooking the Atlantic. It’s host was a 6th generation Argentine raised in a community of English-speaking Welsh immigrants. We sat in their cabin learning about a different part of Argentina which during much of the 20th century was disputed territory. 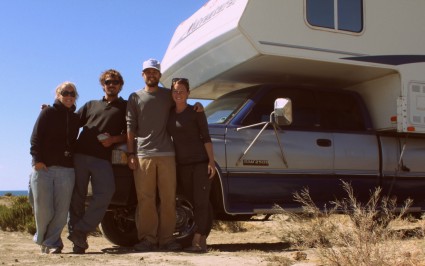 Camped not far away we spotted a familiar Alaskan-plated truck camper we first met in Central America. We knocked and were surprised to find a different Swiss couple! They were just starting their journey while ours was nearing it’s terminus. The unbent spines of new guidebooks and unbridled excitement of our new friends brings our own trail into sharper focus. After one year and 17 international border crossings we are now within 200 miles of Tierra del Fuego. 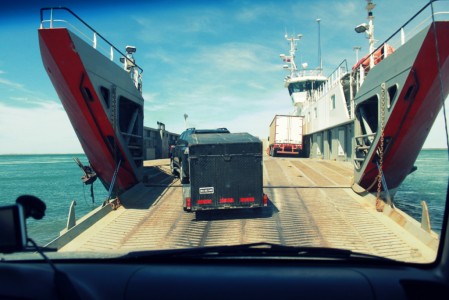 Crossing the Straight of Magellan! 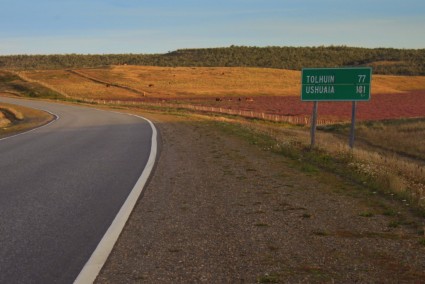 She’s whispering hurried goodbyes in between barely containable sobs. A fresh stream of tears moistens my own cheek as she embraces me with the tender physical emotion only a mother can produce. All day we tried not to think of this teary departure. Gripping my shoulders and with a downright soul shaking desperation in her eyes, she asks me to look after her son. I am in full throttle brave face mode. I will absolutely look after Logan. There is nothing to worry about. We’ll be home before you know it. Then the taxi pulls away from the curb, their waving hands and sad smiles disappear around the corner. Total devastation. Instantly I am a pile of tears and half  Continue reading →