Northbound on RN 40, Argentina’s granite spires and snowcapped peaks grow more prominent emerging from the arid plains stretching endlessly east. These mountains were the destination for Yvon Chouinard’s famous PanAm journey with Doug Tompkins in 1968. Inspired by the area, Yvon would go on to found the Patagonia brand. Similarly, Doug started his own little company called The North Face.

Officially Patagonia is a large geographical region in Argentina and Chile (i.e. ‘The South’ in the US). It begins south of the Rio Colorado, 400 miles south of Buenos Aires stretching from coast to coast, 1,000 miles down to Tierra del Fuego. A Buenos Aires newspaper described it as “…just emptiness. A back alley where different cultures swirled about and rather a boring place.” 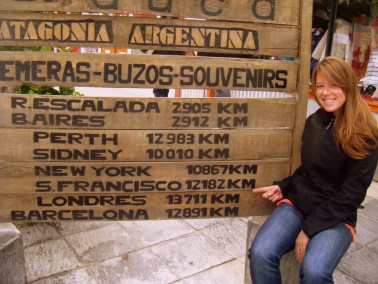 That's a lot of KMs to drive

But mention the name to a westerner and it becomes something else entirely - a fabled land of intrigue once thought the last frontier for living dinosaurs and cannibalistic giants.

“Patagonia is the furthest place to which man walked from his place of origins. It is therefore a symbol of his restlessness” – Bruce Chatwin.

We were bound for El Calafate. At a population of 15,000 it has the distinction of being the biggest town for several hundred miles in any direction. Traveling overland in this part of the world you don’t follow highways but move from gas station to gas station making wide swaths east and west. 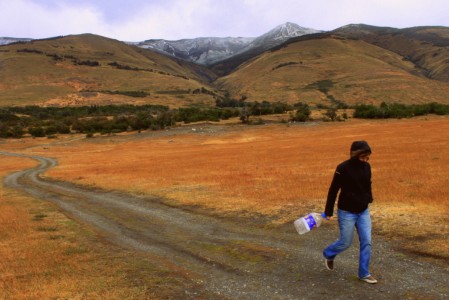 Notice the light dusting of snow on the hills

West of El Calafate lies Los Glaciares National Park and the Perito Moreno Glacier. The glacier is famous for advancing 6 feet per day, causing the football-field-tall ice wall to send chunks crashing into the lake below. When an office-building sized piece brakes free the crowd erupts in cheers. Think of it as nature’s firework show. 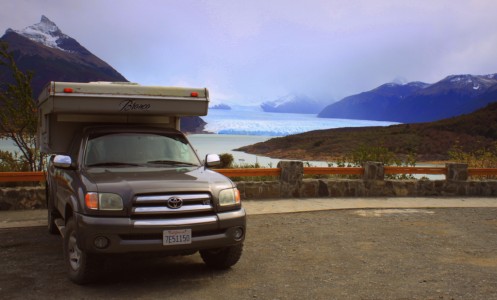 Driving to these places is half the fun 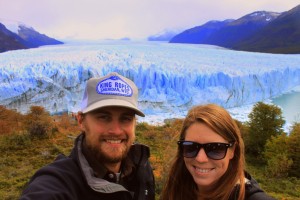 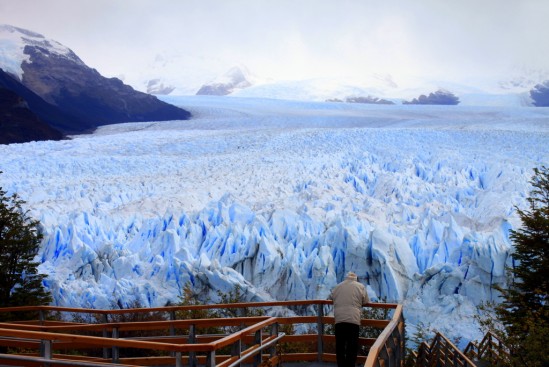 As far as the eye can see

After getting our fill of fallen ice and contemplating the sheer enormity of this natural feature we went looking for a tranquil campsite in the far southern corner of the park. Despite it being mid-summer and our altitude below 1,000 feet we drove into a snowstorm. We stopped in awe watching it quickly blow by turning our surroundings white.

The next day we awoke to a calm summer morning, the only ones in our lakeside campground. Logan bagged the nearest peak, Cerro Cristal, while Brianna finished the lengthy biography of Gabriel Garcia Marquez. From crowds to weather our first impressions of Patagonia can be summed up in one word: unpredictable. 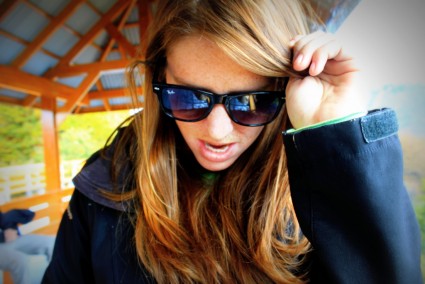 Hello, my name is Breezer and I love to overland 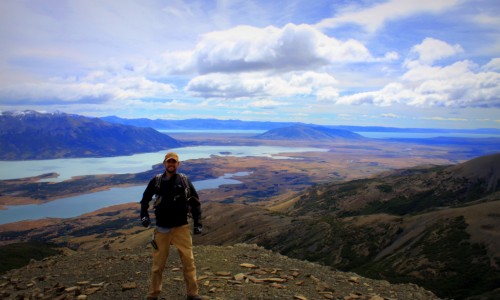 Overland advice series, 8 of 10: When planning we had a pretty good sense that bandits wouldn’t kidnap us, the truck frame wouldn’t snap nor would we disappear in the Nicaraguan jungle. But we knew from a bit of previous wandering south of the border that the police in Latin America can be corrupt. One of the worst was in Ecuador where a young officer on a dirt bike led us down to a dark alley on the wrong side of town. He wore a black face-cover as he listed off his demands.  Continue reading → In Honduras an officer holding a shotgun made the internationally recognized hand-gesture of ‘I’ll slit your throat’ before his comrade flagged us down at their road block.