For Logan’s 28th birthday we decided we needed a little adventure chasing. We pointed the truck toward canyon country and bush camped our way down and around the sunshine city of Arequipa. 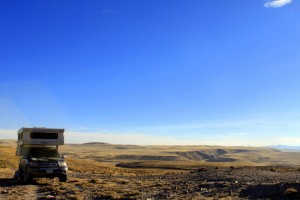 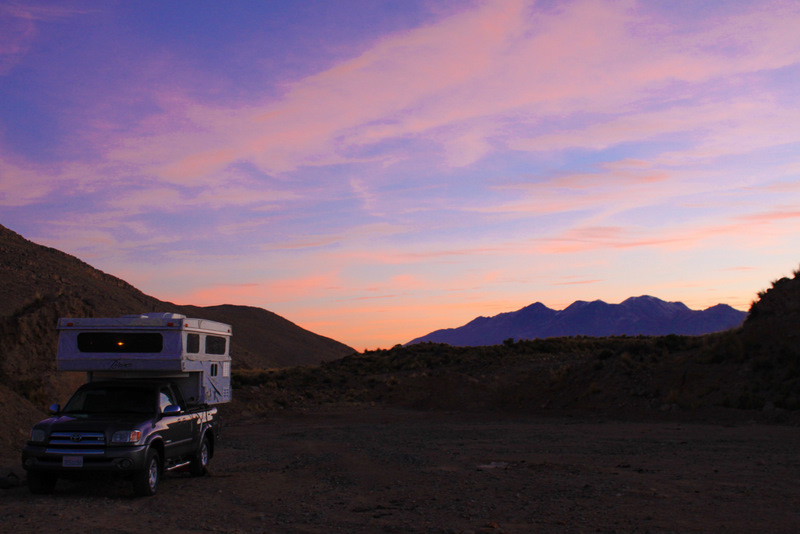 Secluded camp outside of Chivay, Peru 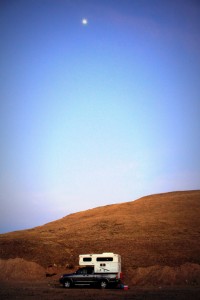 The climate in Arequipa was spectacular. We enjoyed the sun while watching the first Husker’s game of the season live via wifi (GBR!). We explored the city and made plans to celebrate Logan’s day. There are so many options in Arequipa it was hard to choose how we would get our hearts pumping. Mountain climbing, river running, trekking, mountain biking, it all sounded good. In the end, Logan couldn’t resist mountain biking nearby Volcano Misti. 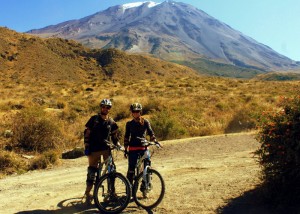 We sure look like we know what we're doing 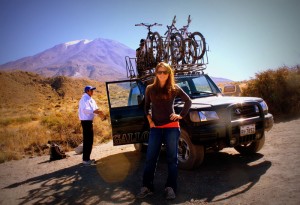 Ready to mountain bike this volcano 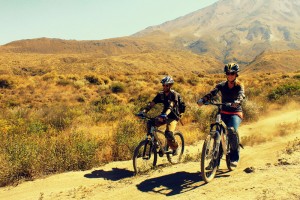 Those brakes got a workout from Breezer 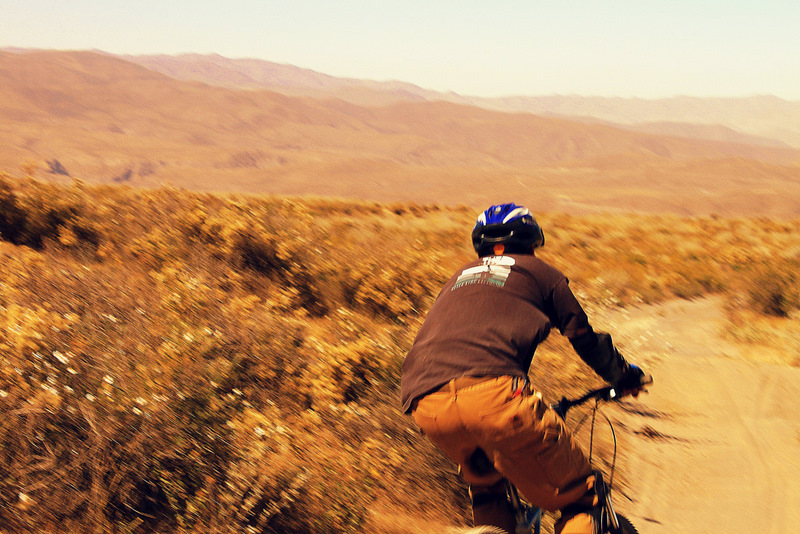 Birthday boy flies by, didn't even have time to capture him head on

Our heart rates sufficiently accelerated, we finished the day in true Logan style: debating the next big exploration over wood fired pizza and shots of Jack Daniels to carry us home. We hung around Arequipa longer than planned, soaking up the friendly atmosphere and the warm temperature. We agreed this city was the perfect combination of Cusco and Lima. Arequipa is a big city with a small town vibe and there’s so much going on here, it’s easy to feel like the only gringo around.

After Arequipa, we backtracked to Colca Canyon making a second stop at one of our favorite bush camps outside Chivay, Peru. We arrived at Cruz del Condor in the late afternoon and had the twice-as-deep-as-the-grand-cayon view all to ourselves. Early morning is said to be the best time to view the condors who make their home in the canyon. After setting up camp we realized there were about a dozen zooming overhead and our private viewing became even more spectacular. 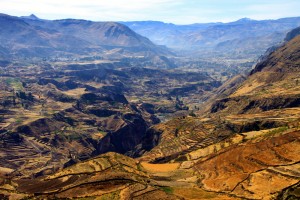 Beautiful drive to the canyon, terracing still in full effect in these parts 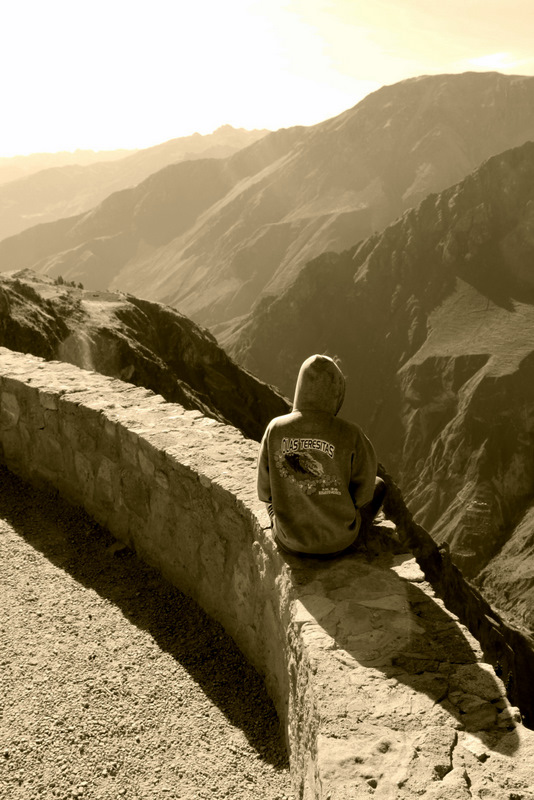 Twice as deep as the Grand Canyon, Colca Canyon was quite a sight

Our trip through South America has been all Andes save for the occasional visit to our old friend, the Pacific Ocean.  Despite our suspension airbag deterioration, we decided a stopover in the Amazon Rainforest, via the Manu Road, was in order. Months ago, when crossing into Peru at the furthest east border crossing, we were in the Amazon Basin, but there was no forest to be seen.  Manu National Park, because of it's past isolation and more recently it's inclusion in the UNESCO World Heritage List, now boasts the title: worlds most biodiverse area.  This small protected chunk of the rainforest is home to a host of yet-to-be discovered species and un-contacted tribes.  Continue reading → We approached the park from Cusco, crossing