Our trip through South America has been all Andes save for the occasional visit to our old friend, the Pacific Ocean.  Despite our suspension airbag deterioration, we decided a stopover in the Amazon Rainforest, via the Manu Road, was in order.

The far western arm of the Amazon

Months ago, when crossing into Peru at the furthest east border crossing, we were in the Amazon Basin, but there was no forest to be seen.  Manu National Park, because of it’s past isolation and more recently it’s inclusion in the UNESCO World Heritage List, now boasts the title: worlds most biodiverse area.  This small protected chunk of the rainforest is home to a host of yet-to-be discovered species and un-contacted tribes.

We approached the park from Cusco, crossing over a 13,000 foot mountain pass before dropping down into the jungle.  Topping out at the Tres Cruces viewpoint revealed clouds as far as the eye could see. 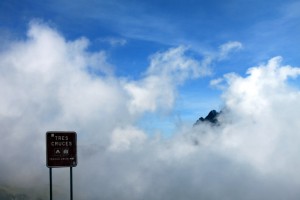 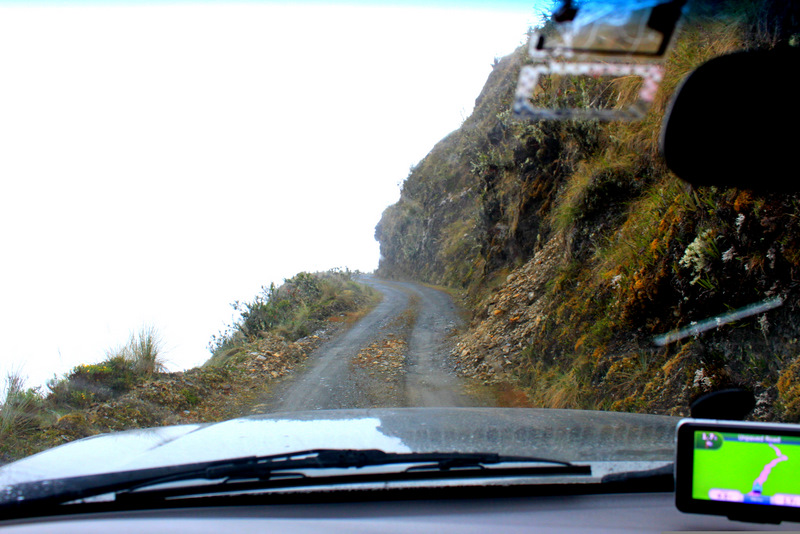 After a bush camp on the pass, we were winding our way down muddy tracks into the jungle, dropping nearly 8,000 feet in a day.  Our surroundings turned increasingly green and lush with each switchback.  After our descent, we continued through rock tunnels and under waterfalls gushing over the road (free car wash!). 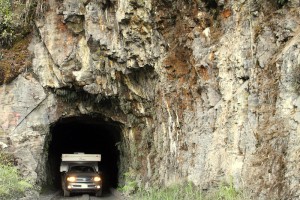 Access to the jungle via mud and rocky tunnels 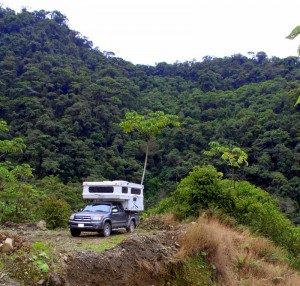 The conditions slowed us considerably so we opted for our first jungle bush camp and set out to explore via foot.  Jumping out of the truck we were swarmed with large curious insects.  Seemingly bored with humans, they left as quickly as they came, but not before one could take a chunk out of my arm.

We walked around the lush forest crawling with life.  Spotting a number of odd plants and animals, we unfortunately couldn’t name a single one.  So we made up names such as the vintage metallic couch-patterned hummingbird.

We ventured out a second time to experience the jungle on a moonless night.  Our headlamps revealed wildlife desperately escaping the spotlight. We caught a glimpse here and there but the true marvel was the physical feeling all around us, a thriving ecosystem, an independent pulse. Afterward, we settled into the camper and fell asleep to the foreign sounds of the amazon enveloping us. 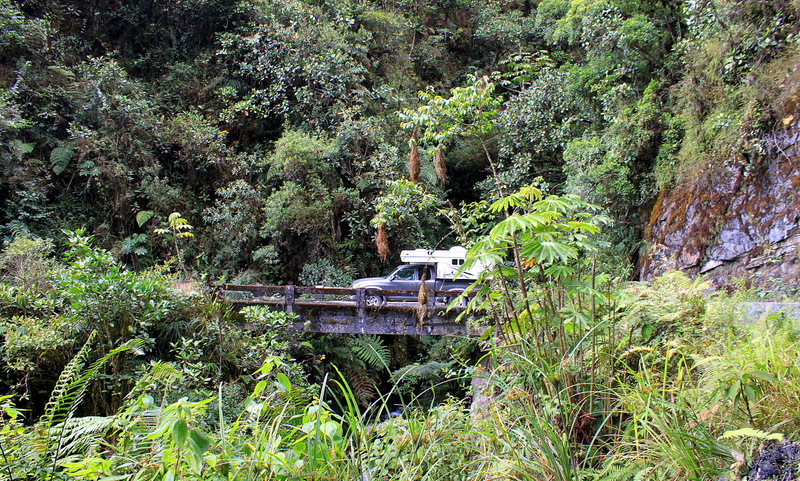 Welcome to the Jungle

3 thoughts on “The Jungle Boogie” 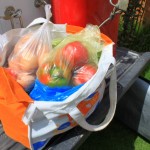 It is market day in Ollantaytambo, Peru and Logan has decided he will not accompany me this time around.  Unable to ascertain my reasons for the pinprick of anxiety over the prospect of this solo venture, I respond indifferently, “That’s fine, I’ll be right back.” I toss the cloth sack over my shoulder with strained nonchalance. Seasoned travelers often encouraged us to seek out town markets in Central America, proclaiming their superior quality and economic benefits. We didn’t yet understand the draw of the municipal market. There were supermarkets with posted prices and thrice washed bagged lettuce to be had beneath the comfort of fluorescent lighting  Continue reading →. Venture into the musty shadows of the municipal market? You must be