Frazzled. We were frazzled to say the least. The road to Sorata had been paved about 90 percent of the way but the last 15km were brutal. We arrived just in time for the yearly town festival which goes on for an entire week. Festival can be summed up with just one word in Bolivia: drunk.

After weaving our way around bottomless potholes and rickety landcruisers carrying bleary eyed men waving one liter bottles, we arrived at Altai Oasis. We sat down to dinner and received an immediate uplift from the owner. After commenting briefly on the rough ride he smiled knowingly, “Enjoy Bolivia’s dirt roads, they’re some of the last dirt roads in the world.” 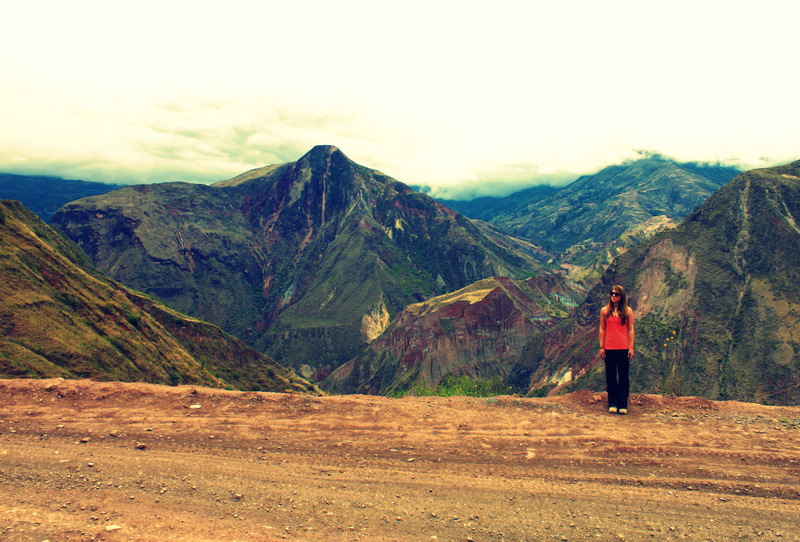 We truly feel this is the last wild terra firma we’ll roll through on our PanAm journey. Having recently re-watched Butch Cassidy and the Sundance Kid, we can say with confidence, not a lot has changed from it’s iconic Hollywood heyday (circa 1969). We know in a few months time, we will miss these one track suspension busting switchbacks. We will crave the ease with which we find ourselves totally isolated and enshrouded in the beauty of untouched nature. 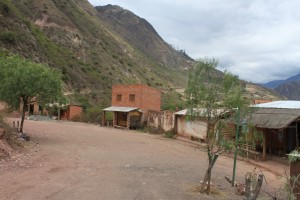 Like something out of an old western, nearby San Pedro is a ghost town

Before making a hasty early morning retreat from boozy Sorata we hiked out to the San Pedro Cave. Our guidebook described the area as nothing to write home about, but with our recently shifted perspective we decided to give it a shot. 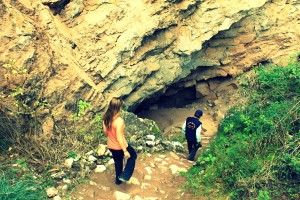 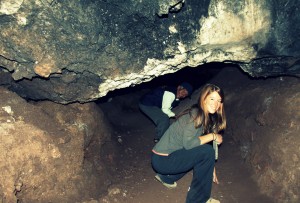 Due to the nearly 24 hour festivities in town the power was out in all the surrounding villages. The normally lit up San Pedro Cave was enveloped in darkness requiring us to tag along behind an elderly guide wearing sandals and baring a totally toothless grin.

Is anybody else conjuring up Deliverance (Bolivian edition) images? Just us? Ok, moving on.

Working our way in, around, through the various cracks and crevices 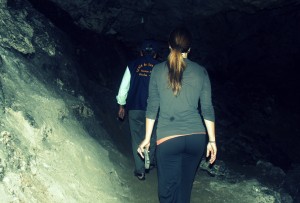 Thankful for our guide in the darkness 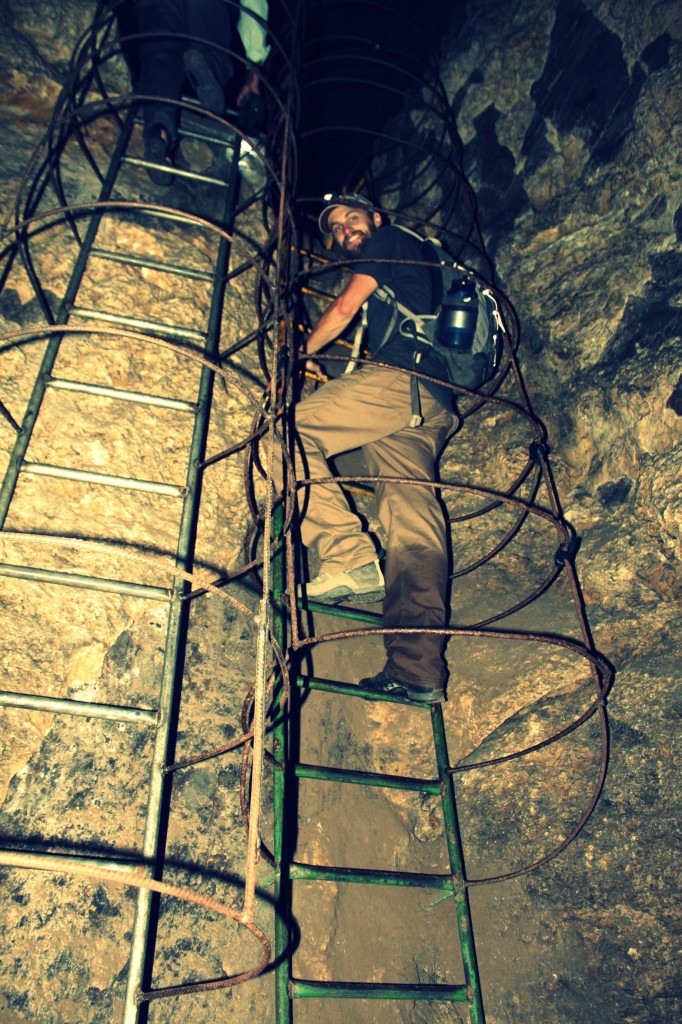 Watch your step, it's slippery in here

About half way through our tour of the cave, having climbed up and down slippery rocks and ladders, our guide motioned to our right and mumbled something about the lagoon. We could see the crystal clear waters, smooth and undisturbed. Logan grabbed the camera and moved quickly toward the water for a good shot. Turns out this lake is so beautifully clear and serene it was actually only about a foot away from where we were standing and Logan took a two foot step right into it. There is nothing quite like a toothless octogenarian cackling wildly at your gringo ineptitude. 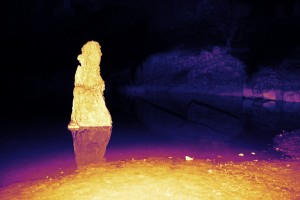 A few steps farther back from the water's edge

In true nomad style, we felt rejuvenated by this dirt road paradise and ready for whatever this country might throw at us next. We escaped the still partying town before the mists of the early morning fog had time to disperse. Empty bottles littered the sidewalk tables, quickly being replaced by full bottles and glassy eyed campesinos offered a solemn salute as our giant rig rumbled past. Bring it Bolivia.

7 thoughts on “The Last Dirt Roads”

Copacabana sits on the shores of Lake Titicaca. Extravagant hotels perch on the hillside overlooking the beach scene. The town is popping on the weekend, every trout stall is full and priests walk along the beach blessing the cars of visiting Peruvians. Our first stop in Bolivia turned out to be a boondocker's paradise. We woke to the sounds of the lake, lapping luxuriously on the shoreline. Leaving this tiny resort town involves a short ferry crossing, our third water crossing of the trip (and by far the shoddiest). With the weekend behind us, we left town with all the other beach revelers and set our sights on the mountains of Bolivia.        Continue reading →