The day we left San Francisco we didn’t know there was a Ushuaia. We didn’t know about Route 3, Tierra del Fuego, or what lay at the end of the PanAmerican Highway. We only knew that one day we would get there. 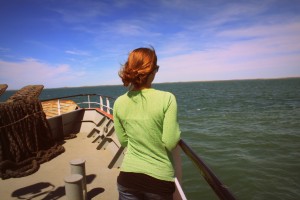 Crossing the Strait of Magellan

Because the reactions to our goal were so contrary, we eventually stopped telling people our plans at all. By December 2010 when asked about our future, the response was reduced to one word, either moving or traveling. Mentioning Latin America, driving, or the PanAmeircan Highway put us on the receiving end of long-winded speeches filled with doubt and concern. The people that believed in us could be counted on our own four hands.

As it turns out there are a few “ends” of the road. And we reached them all.

Tierra del Fuego itself was a breath of fresh air. The days are long, the wilderness camping abundant, and the rivers crisscrossing the island are home to the world’s largest trout.

We camped our way to the first end, Ushuaia, constantly stopping to capture the scenery. At the campground overlooking town, we toasted our celebratory champagne over a campfire. Our Brazilian neighbors came over to warm up by the fire and eventually asked how we managed to get here. We never were able to convince them we had driven. 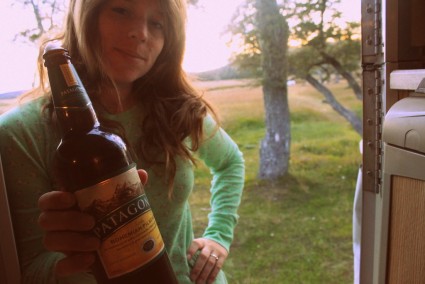 A fitting brew for the last leg, Bohemian Pilsener 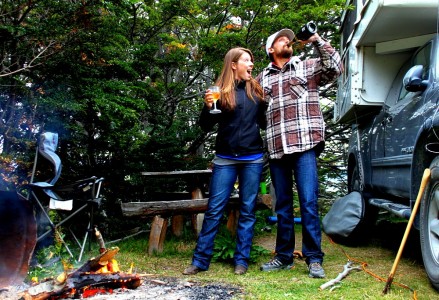 Black-tie optional at this campground 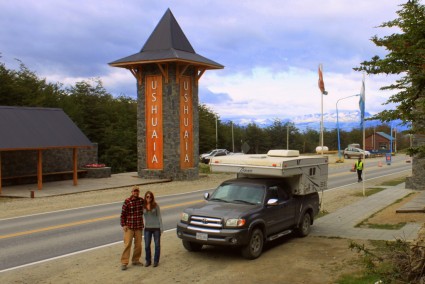 Entering the southernmost town in the world 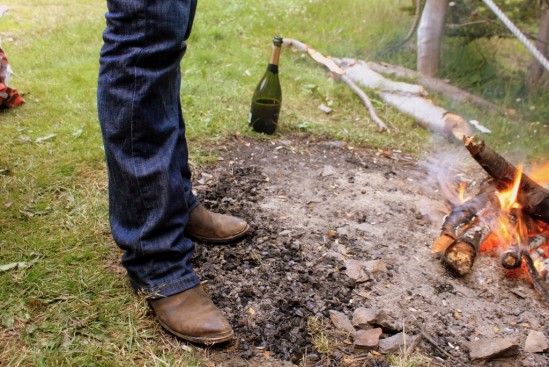 Moving on to the second end we paid the ever-increasing fee to enter Tierra del Fuego National Park, the terminus of Route 3. We snapped the official end of the road photos after waiting in line behind a gaggle of European motorcyclists. We went on to send postcards from the southernmost post office and had our passports stamped to commemorate the geographical achievement. 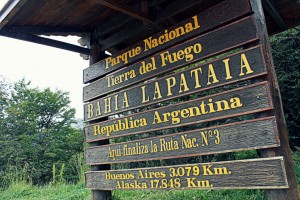 A long ways from home 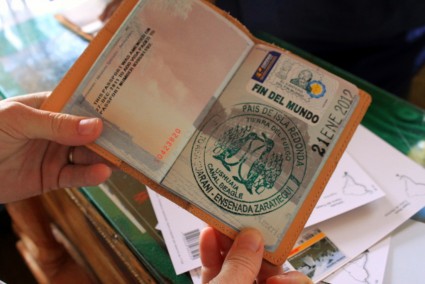 Getting inked at the fin del mundo

Not entirely content with these slightly manufactured conclusions, we studied the map which revealed a single-lane jetting southeast from Ushuaia; quite possibly the furthest end one could reach.

The dirt road featured nothing but ancient estancias and untamed wilderness. We wound up and down while the clouds unleashed a seemingly permanent onslaught of mist and rain.  The ocean whipped furious whitecaps on our right, the mountains stood on silent guard to the left. 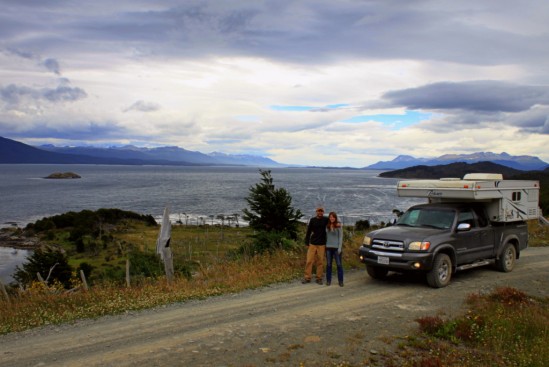 Nearing the 3rd and final end 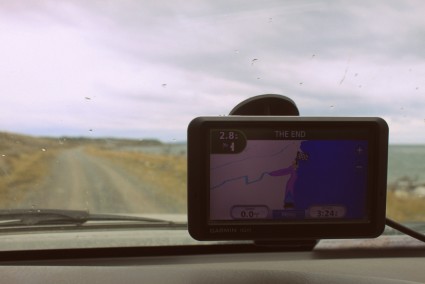 2.8 kilometers, had to take a moment

57 miles later the road stopped. Dead end. Only a small naval shelter and the grey ocean were there to greet us. On Sunday, January 22nd after 18,300 miles, one year, two weeks, and four days we put the truck in park. That evening we raised a roaring campfire along the southernmost shore and talked about life for a while. 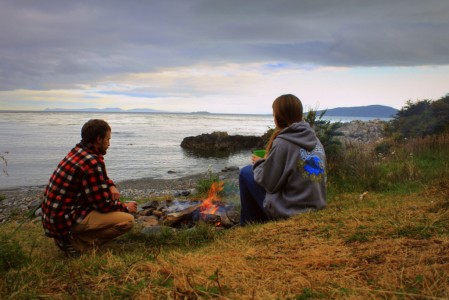 One big adventure. Done. We assumed at this moment we would discover an end. Getting it out of our system, we would fall back in line, dreaming of three-day weekends and perfectly coordinated Italian leather furniture sets. Yet here we are at the cusp, anticipating further frontiers.

Normal won’t be a place we return to. Pulling away with the end of the road in our rear-view we can’t help tossing preposterous ideas around jovially. For we have recently discovered there is nothing in this world we cannot accomplish together. 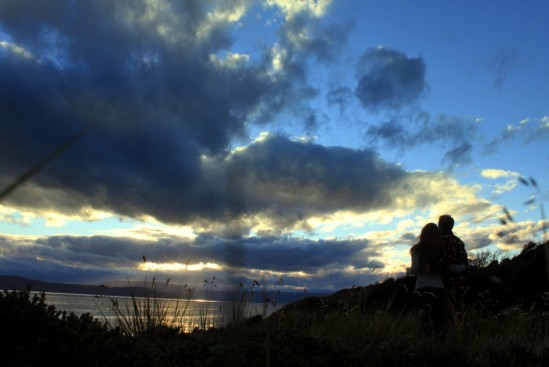 Picturing a different kind of future

23 thoughts on “Searching for an End”

In place of this Sunday‘s “How-To” we present “Why“ Head on over to Lost World Expedition  Continue reading → and read about how 9 months turned into 15.