When planning we had a pretty good sense that bandits wouldn’t kidnap us, the truck frame wouldn’t snap nor would we disappear in the Nicaraguan jungle. But we knew from a bit of previous wandering south of the border that the police in Latin America can be corrupt.

One of the worst was in Ecuador where a young officer on a dirt bike led us down to a dark alley on the wrong side of town. He wore a black face-cover as he listed off his demands. In Honduras an officer holding a shotgun made the internationally recognized hand-gesture of ‘I’ll slit your throat’ before his comrade flagged us down at their road block. 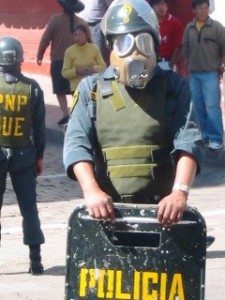 Over the last 13 months we’ve been stopped no less than 25 times. In some countries like Chile and El Salvador you’d be hard-pressed to find a corrupt cop. Even in places well known for corruption like Mexico and Honduras the majority of our stops involved no funny business.

Here’s our technique on dealing with the not-so-friendly stops: 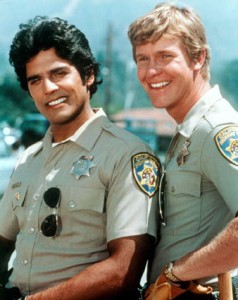 The style icons of he Honduras police force.

At a different stop in Honduras (half a mile down the road from the 1st) the cops had a well rehearsed good cop, bad cop routine. For 45 minutes the bad cop made threats while the good cop attempted to intervene for a small fee. At the end, both came over to shake our hands and send us off with a warm buen viaje!

Don’t sweat it. This is just a game to them adding spice to their otherwise boring day. Enjoy the show and remember your lines. It’s all part of the experience.

We crossed to Punta Arenas, Chile via a rough seas ferry to meet up with our friend Espen. Over a few beers and a fine dinner we grilled him on his experience working in Antarctica for the season. Our interest was piqued but we had to get along before Malin would return from the ice. We made a beeline for the country’s southern crown jewel, Parque Nacional Torres del Paine. Considered one of the continent’s finest national parks and this the prime season to visit, we were prepared for the crowds after a couple weeks on the deserted back roads of Tierra del Fuego. The area is famous for unpredictable weather; they have four seasons here like everywhere else but   Continue reading →