Planning, saving, and executing over the last three years meant we had one solitary focus. Now having reached the terminus of the PanAmerican Highway, we suddenly find ourselves without a mission. An eerie yearning pulls at us when we head out each morning. The sun even rises out of the wrong window. For the first time in 13 months we are headed North.

Our plan from here is to explore western Patagonia, making our way home over the next two months. The immediate future holds backpacking Torres del Paine, traversing up Chile’s Carretera Austral, hiking around Fitz Roy, watching over the Moreno Glacier, and trout fishing the Lake District. Overlanding Patagonia, our victory lap, in itself is a journey of a lifetime. 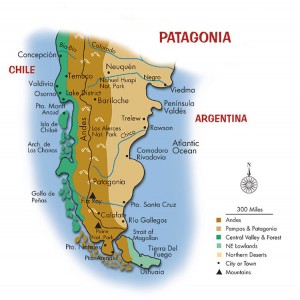 A map of the southern cone

The idea from the beginning was to return to the US and land new lucrative careers in the mountain state of our choosing. The picture is still vivid but a 10% jobless rate and economic outlook act as our grey cloud. None-the-less, the real world start-date marches closer. Thankfully two years ago, almost as an afterthought, we earmarked a portion of our savings as a ‘life relocation fund.’

Our first few months back stateside we plan on embarking on a US-wide tour. We’re coming to a neighborhood near your. Well everywhere except Loveland, where Logan’s sister-in-law has repeatedly stated that she will call the cops if she sees a camper in her neighborhood. 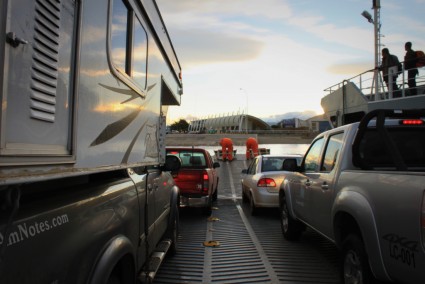 The more distant future is full of unknowns. We’ve made a plan A (overland Africa in four years), plan B (through-hike the Appalachian Trail in two), plan C (gainfully employed for life), all the way through Z (Antarctica next season). About the only thing we know now is that we will be returning to the US, probably somewhere in the middle, for as long as she’ll keep us.

We’re at an end and need to recharge the mind and wallet. The Beast is not. Carl and Heather of Seattle are taking her on another lap around the world. The Beast was born to roam free.

So it is the Patagonian frontier where we will ride out the autumn of our trip. From there our desires are simple: family, friends, and living in the known world in a home without wheels. At least for a little while. 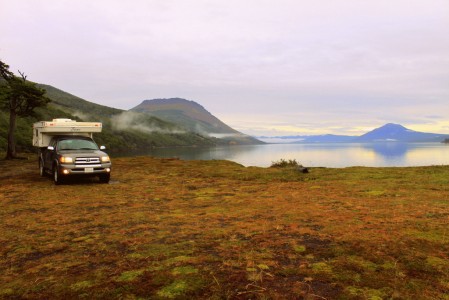 Camping in the Bush

Overlander advice, 7 of 10: Our first bush camp was on the tip of Baja.  We heard from a several experienced boondockers about Playa Tecalote.  This beach had no services, no fees, and no fences or watchmen to keep out those evil-doers.  It was nothing but undisturbed beach.  About the third person to bring it up described it to us as “a real life Corona commercial.  Continue reading →” That was enough for us, we were going to give bush camping a shot. Approaching the beach we shifted into four wheel drive and approached a small group of dispersed RVs and camper vans.  Popping up the camper we were sure to have the grizzly mace at the ready.  Over the next