Continuing north, El Chalten was in our sights. The town was quickly put together in 1985 by the Argentinean government in an effort to beat Chile to the land claim. At a population of 600, it is not much of a town. Gas, groceries, and ATM service is infrequent. Chile’s official maps of this area don’t include the border but rather an asterisk indicating that it is still in dispute.

Despite the lack of services this frontier town is a backpacker’s Mecca. Thousands of ice climbers, trekkers, and mountaineers from around the world descend upon the town each austral summer. They are here for the Fitz Roy Mountain Range and Cerro Torre. On the rare clear morning each peak can be spotted from main street. 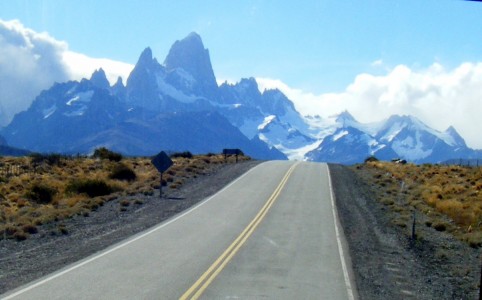 The road to El Chalten 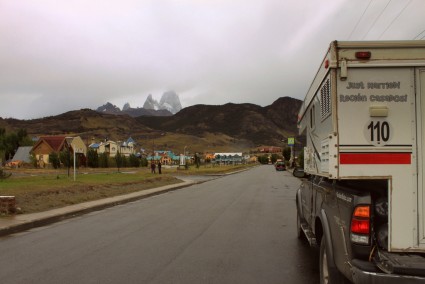 The scene on Main street 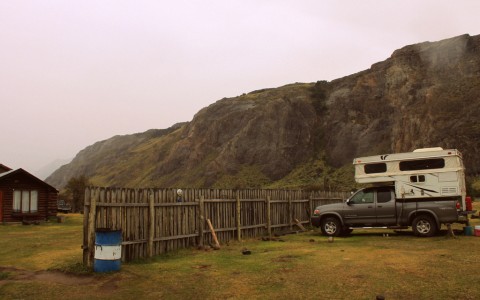 You're doing it wrong

We had only popped up camp an hour ago and it was clear there was a problem. The campground wind-blocks were a joke and there wasn’t a tree over 6 foot tall anywhere in town. But after surviving 10 days on the salt flats and Bolivian Altiplano we’ve done high winds.

In El Chalten you can hear it coming. When a big gust comes barreling down the mountain range it sounds like a freight train approaching the station with failed brakes. In between these gusts silence takes hold and the calm settles in long enough for you to believe the wind has died. Just as you’re about to breathe a sigh of relief you hear the approaching train. 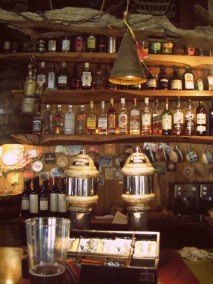 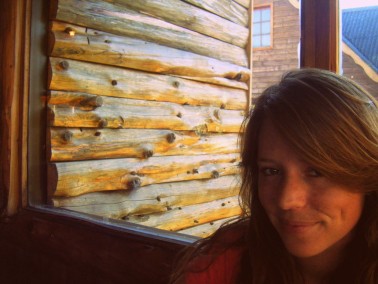 Local brews with the locals

I don’t know how, but I swear the wind came from the west, the north, and the south seemingly alternating turns with each major gust. We felt like sailors braving rough seas. We made due until midnight when it became too much.

We set up our two-person tent anxious to lay on solid ground. Huddled between the camper and the campground’s wind-block we sought safety. The howling winds wreaked havoc on our tent walls while we lay awake certain that every still moment was the end of the storm. At 5:00AM our tent had had it. A pole snapped and the sharp end made its way through the tent and rain-fly. By 6:00AM it was raining.

The wind and clouds remained constant for our time in town, but we upgraded to foundation living and moved into an apartment. Our neighbors were mountaineers in town to climb Fitz Roy and later Cerro Torre. They were in the midst of a year off dedicated to climbing peaks around the world. Their tales were enchanting. 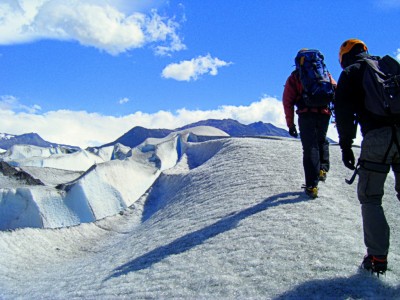 High off of their stories I marched into the nearest ice-climbing class. On the Viedma Glacier our class of six placed ice screws, worked on our form, and ran laps up the top-rope. Our final test was a blue ice cornice at a slight overhang. To finalize our lesson a guide brandished a bottle of Bailey’s and poured a round over fresh glacier ice. 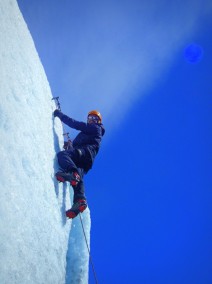 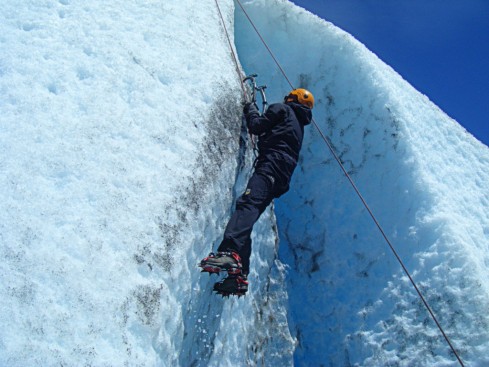 Learning to mantle with ice axes 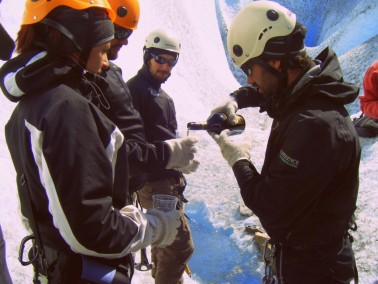 On the one hour boat ride back, together as a class we sat. One Israeli, a German, a Belgian, two Chileans, and one Norteamericano sipped Argentine mate swapping tales from around the world. These strong winds only strengthen our sails.

Exploring the roads north of town

Overland Advice Series, part 9 of 10:  Continue reading → Spend a long weekend in Puerto Vallarta and it's easy to believe you've mastered the Spanish language. The reality is you know how to order a beer and ask for the bathroom. That margarita weekend won't get you far at the Guatemala border crossing.  The first step is to admit ignorance. How far you stretch your Spanish skills will determine how your trip will play out. It's entirely possible to get by on the usual memorized phrases. But with an increased comfort level, your options for exploration expand enormously and as a bonus side effect, costs go down. When you find your organized campground no longer exists and you're 200 miles from the