Now on the Pacific slope the first thing we notice is that everything is a brilliant green.  Coming from the Argentine side, where endless golden plains stretch out in all directions, the scenery here is all the more captivating. In Chilean Patagonia luscious foliage hangs over the roads and infiltrates every square inch of unattended land. 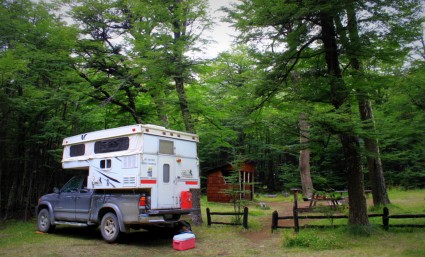 The Carretera Austral connects far-flung rural communities through 1200km of mostly rough, unpaved road. The year 2000 saw the completion of the last 100km, 34 years after construction began. The logic behind Pinochet’s masterpiece drew much criticism due to the impossibly remote terrain, but this bumpy stretch of highway maintains a permanent place in overland folklore.

Our first day on the fabled road had us circling Lake General Carrera, knowing we were driving on borrowed time. With only one month left in The Beast our daily conversations are increasingly weighty; the road-less future ahead and what it will mean to sit still for a while. Our minds often drift from the present, contemplating Nebraska, Antarctica, and everywhere in between. 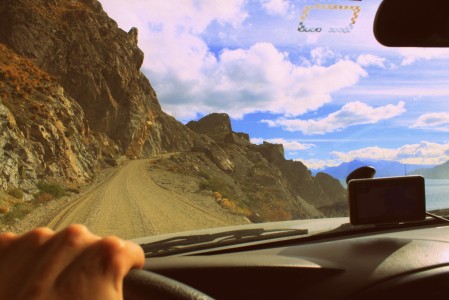 Yet after fifteen countries, over fifteen months, the road still provides for us. She pulls us out of our silent reveries with a perfectly placed bend in the road, a hidden cathedral of peaks on the horizon, a lake as blue as the sky and smooth as glass.  We could never tire of this life. 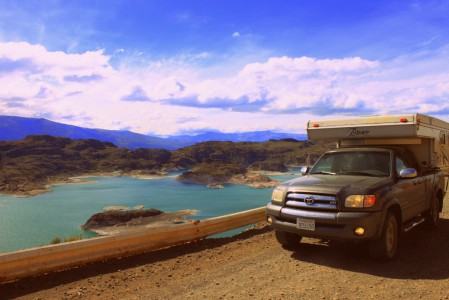 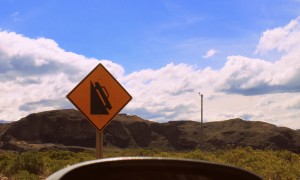 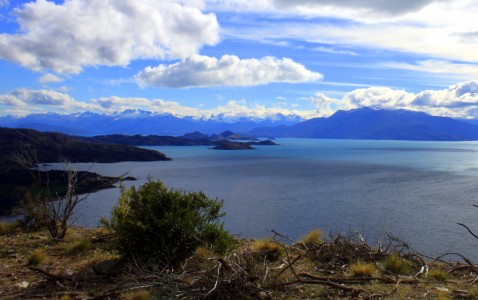 It could get better, but we're not sure how 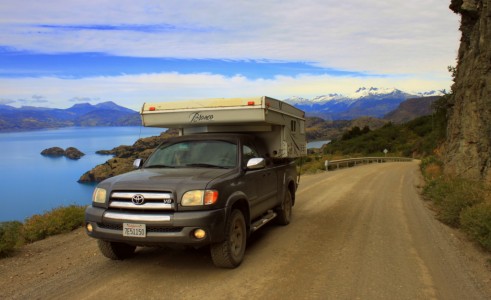 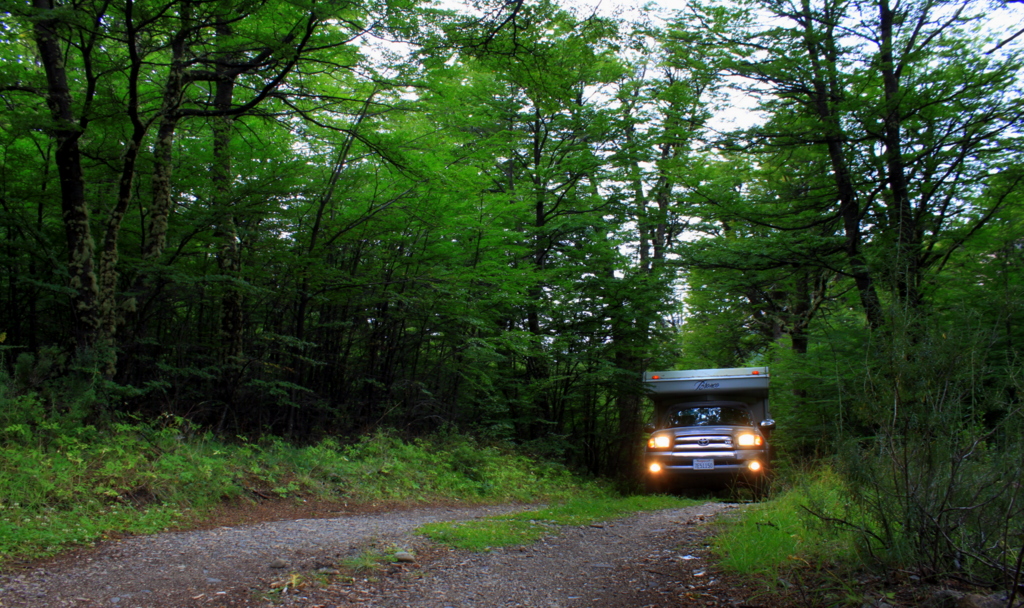 You can practically hear the Beast growl

Right now Argentina has a monopoly on Patagonia and the overpriced souvenir trinkets to prove it.  They bet big on the region early on, posting road-signs stating “To know Patagonia is a duty.”  But, driving through Chile’s secluded single road version we feel the future of Patagonia is here.  Uninhabited islands, unclimbed peaks, and no easy way to get there.

Chile doesn’t seem to know what it has here.  We are left wondering if we will be some of the last people to see these valleys undamned.  The idea is a noble one: to wean itself off expensive foreign energy.  But it is Chile’s pristine landscapes that will be paying the price by erecting enormous environment-altering hydroelectric plants in these valleys. 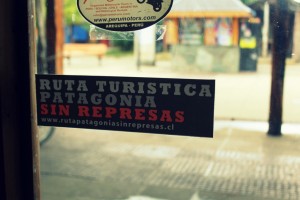 One thought on “A Damn Fine Road”

Continuing north, El Chalten was in our sights. The town was quickly put together in 1985 by the Argentinean government in an effort to beat Chile to the land claim. At a population of 600, it is not much of a town  Continue reading →. Gas, groceries, and ATM service is infrequent. Chile’s official maps of this area don’t include the border but rather an asterisk indicating that it is still in dispute. Despite the lack of services this frontier town is a backpacker’s Mecca. Thousands of ice climbers, trekkers, and mountaineers from around the world descend upon the town each austral summer. They are here for the Fitz Roy Mountain Range and Cerro Torre. On the rare clear morning each peak